It was barely a month ago that Intel GPU boss Raja Koduri teased that he was benchmarking the gaming-focused Intel Xe-HPG graphics card, and now he's teasing it again.

Raja Koduri posted a picture to his Twitter account from the Folsom, California building at Intel -- testing the new Xe-HPG graphics card in some 3DMark benchmarks. You can see the CPU-looking device under Raja's arm, with its own heat sink and cooler -- connected to a PCIe riser and cable and then into a motherboard. 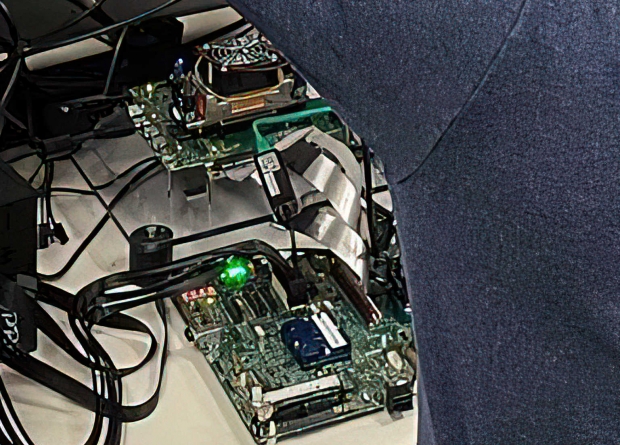 There are two power supplies, with one PSU plugged into the GPU evaluation board and another PSU powering the motherboard. I love the insider look that we're getting at Intel's return to the GPU market, this is something I've wanted to see more of -- I'd love to have livestreams from inside of the lab and fireside-style chats with Raja about GPUs.

In the tweet Raja is talking about how from inside of the Intel Folsom lab where he was at Apple as an engineer back in 2012, in the Intel Folsom lab with the pre-production Crystal Well -- and now in 2021 in the same lab playing with a GPU that is over 20x faster. Geeking out, I love it.