AMD has announced it will be officially launching its next-gen Zen 3-based EPYC processors on March 15, with an all-new all-digital reveal event. 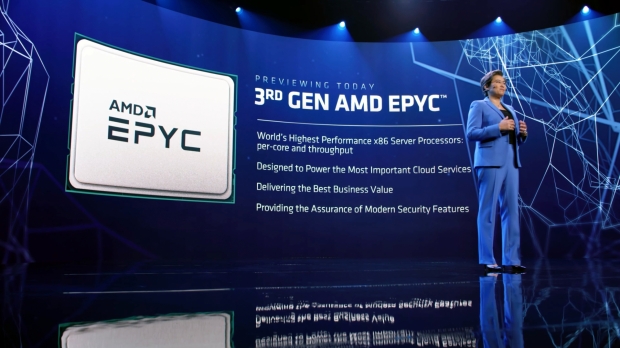 The flagship AMD EPYC 7763 is a beast, packing 64 cores and 128 threads with a base CPU clock of 2.45GHz and boost CPU clock of 3.5GHz with 256MB of L3 cache and a 280W TDP. There are plenty of other models, with CPU and thread counts ranging down from there.

"The launch will be accessible on the 3rd Gen AMD EPYC launch site starting at 8 a.m. PT/11 a.m. ET. A replay of the webcast can be accessed after the conclusion of the live stream event and will be available for one year after the event".