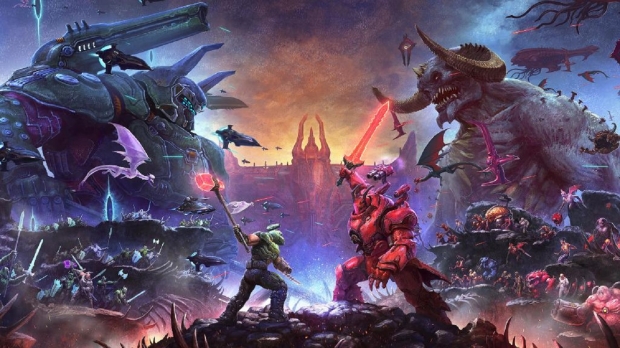 A new teaser trailer for Doom Eternal's The Ancient Gods Part 2 will release March 15, the developer today announced. Not much is known about the expansion officially, but a recent achievement leak did reveal a new weapon--the sentinel hammer. This weapon is made plainly obvious by the promo image shared by id, which has an epic showdown of giant mechs and even more gigantic demons.

First we had the crucible claymore, and now we're getting a huge dual-handed hammer. Could Doom Eternal get any more metal than it already is?