Amazon reveals its Twitch Prime freebies for March 2021, and the offering includes one of the most visceral indie games ever made. 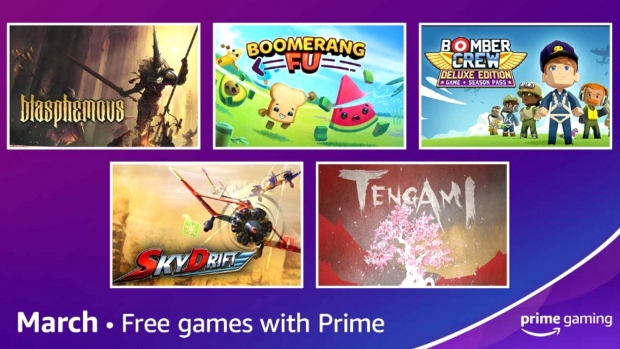 Prepare yourself for penitence! Blasphemous, the brutal platformer from The Game Kitchen, will be available free for all Amazon Prime subscribers on March 1. Just link your account to Twitch Prime to unlock this stylish, blood-soaked indie.

While you're at it, be sure to grab the huge SNK game pack while it's still free. The collection includes a ton of classic games from franchises like Metal Slug, Fatal Fury, King of Fighters, and Samurai Shodown. The SNK pack will be available free until March 31.

Check below for a full list of games and loot drops planned for March 2021: