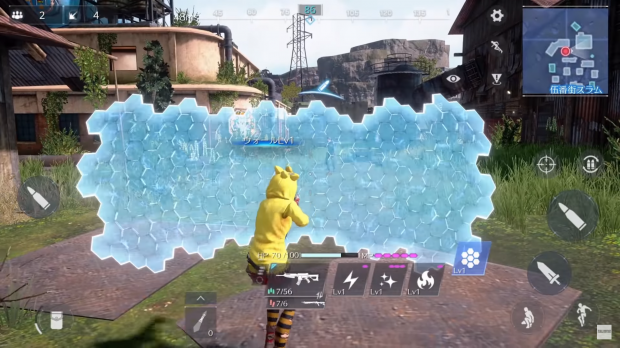 With Final Fantasy 7 The First Soldier, Square Enix hopes to tap the billion-dollar market that PUBG Mobile (and soon, Apex Legends) has been enjoying. The game is a mix of first-person and third-person shooter, complete with action-based combat straight out of games like Final Fantasy XV and FF7 Remake.

Classic magical spells like firaga, thundaga, blizzaga, and barrier also show in combat, offering a unique mix of unorthodox gunplay and wizadry. There looks to be both PVP chaos and PVE boss battles lifted straight out of the most recent Final Fantasy releases.

"FINAL FANTASY VII THE FIRST SOLDIER is a battle royal action game set in Midgar before the events of FINAL FANTASY VII. As a SOLDIER candidate, the player will make full use of their magic and abilities in a battle for their survival."

This a pretty odd move for the publisher, who has fledgling affairs with online Final Fantasy spin-offs including FFXV's ill-fated Comrades mode. It's strange to see characters toting shotguns and ARs in a Final Fantasy game, but at least FF7R's contemporary style remains intact to help offset the initial shock.

The First Soldier will release sometime in 2021 on iOS and Android.