GPU-Z is an invaluable tool for any PC gamer or enthusiast, with GPU-Z now including support for AMD's upcoming Radeon RX 6700 and Radeon RX 6600 series graphics cards. 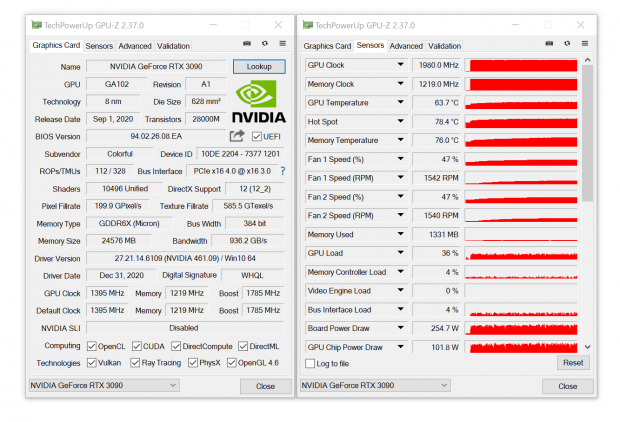 AMD hasn't officially made some of these cards a reality just yet, while we know the Radeon RX 6700 XT might be coming in two flavors with a March/April 2021 release we don't know much outside of that. The Radeon RX 6600 is the newer out of the two, with not much know about it so far outside of its leaks earlier this month.

The latest version of GPU-Z also has support built-in for NVIDIA's new GeForce RTX 30 mobile GPUs, and all of their new GeForce RTX 30-series powered gaming laptops from various partners. The new GeForce RTX 3060 is also supported, which officially launches on February 25 with an MSRP of $329... well, I guess because it's available early for $500.