It was back in May 2016 when I exclusively revealed to the world that NVIDIA secured the chip supplying contract from Nintendo for their at-the-time 'NX console' which turned out to be the phenomenally successful Nintendo Switch.

Yeah, well, what's next? The next-gen Nintendo Super Switch -- that's what I've been referring to it as -- is in the headlines where it will reportedly feature a next-gen SoC with NVIDIA DLSS (Deep Learning Super Sampling) technology support. 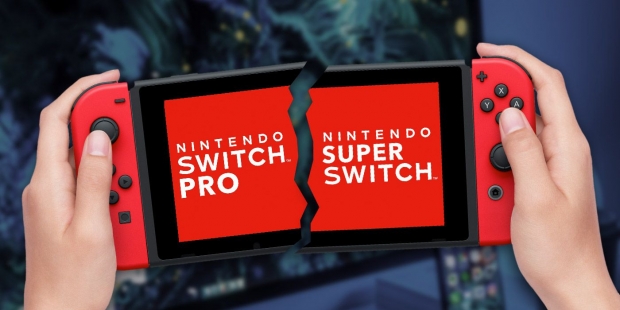 ResetEra insider NateDrake explained: "Won't really talk more about the tech specs than I have. It has DLSS & it has 4K functionality. No reason to go deeper than that right now. That's enough to illustrate the device is a meaningful upgrade. First party support with span the new hardware and current Switch for at least a couple of years".

Now the big question is whether we are looking at NVIDIA DLSS or DLSS 2.0, because if the next-gen Nintendo Super Switch has DLSS 2.0 then the party is really just beginning. DLSS 2.0 is a large upgrade over DLSS and would be very welcomed on a handheld console.

The ResetEra insider doesn't have a firm release date from his sources, but says he's confident Nintendo will announce the new console this year. He said that the company had originally planned for a 2021 release but we can all see how that probably won't happen and it would be pushed into 2022.

The post continued: "Let's say I'm confident it gets announced this year. A delay to 2022 would need to be communicated in the next few months, as dev kits and third-party partners begin to plan software for the device. As of this very moment (Feb 18, 2021), I believe the hope remains for a 2021 launch".

Now, we should also take a look at Digital Foundry's video that shows how good DLSS technology could be on a next-gen Nintendo Super Switch console. I'm excited to see where Nintendo takes the new Super Switch console, and whether we have a gigantic upgrade in visuals and performance as that's normally something Nintendo doesn't brag about.

But we live in a buzz word marketing world, where 4K 60/120FPS and 8K are now a thing and both the PlayStation 5 and Xbox Series X/S consoles are stepping up at least... Nintendo needs to play catch up with the new Super Switch and some new DLSS 2.0-powered handheld goodness.