Final Fantasy XIV is coming to PlayStation 5 with some big optimizations and free upgrades.

Square Enix recently dropped some big Final Fantasy XIV bombshells. The company's immensely profitable MMO is coming to PlayStation 5, a free open beta for the PS5 version is dropping alongside Patch 5.5, and the new patch update adds a bunch of new quests, a new raid, tweaks for jobs, and other features. Plus there's Endwalker, a brand new expansion that closes the Hydaelyn saga and sets the stage for a new era.

As expected, Final Fantasy XIV is getting upgraded on PS5. The enhancements include boosted native 4K resolution and "significantly improved" frame rates. Sadly no exact FPS was outlined, but expect to see at least 60FPS offered. FFXIV could also get performance/quality modes in its settings menu.

Square Enix also confirmed the MMO would leverage the full might of the PS5's powerful custom PCIe 4.0 SSD, which has significantly reduced loading times of many games.

Finally, the publisher isn't making any PS4 owners re-buy the PS5 version. If you have a version of FF14 registered with your PlayStation Network account, you can download the PS5 version for free. Bear in mind your expansion ownership will carry over too, so you won't have to re-buy the expansions over again. 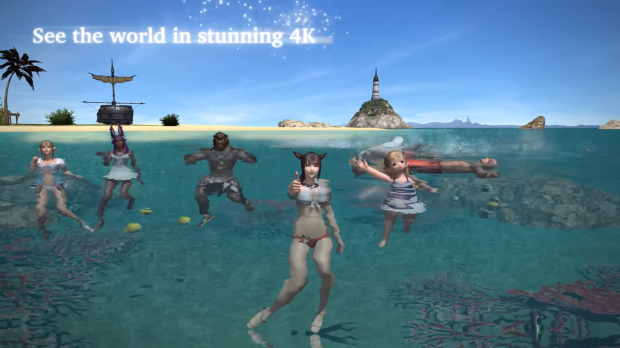