I still remember my parents entering a competition for me back in the 90s where I won a Game Boy on one of those live TV shows in the morning before school, and I got to school and everyone was like "whoa, Anthony you won a Game Boy today!!!" and I had no clue.

Nintendo launched its Game Boy in 1989 but it has been modded and turned into an Apple TV remote. The case that Italian YouTuber Otto Climan used was made by Retro Modding specifically for this project, and infuses the 90s look of Nintendo and Apple products.

The display is slightly better than a regular Game Boy, while the modder added in an IR blaster and custom software so that he could tweak and map the buttons of the Game Boy to the IR controls. He loaded up his custom software onto a custom ROM, programmed with IR codes and button mappings ready for Apple TV -- and thus it was born: the modded Nintendo Game Boy turned into an Apple TV remote.

There's absolutely no reason this needs to exist, but I love that it does -- such a nerdy thing to do. 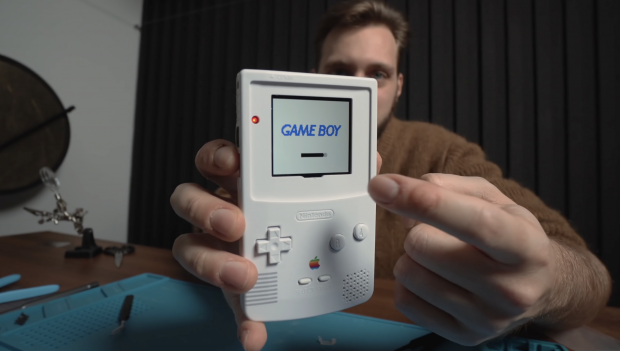