The news is coming from results leaked onto Chiphell, of Intel's new Core i9-11900KF processor -- an 8-core, 16-thread part with no integrated GPU. The TDP on the Core i9-11900KF is 125W, but you can see in the above screenshot that it is chewing through double that at 250W.

Intel's new Core i9-11900KF will have a base clock somewhere around 3.5GHz, with an all-core boost of up to 4.8GHz. We don't know what 360mm AIO cooler that the leaker was using, other than it being described as an "entry 360 AIO cooler". The CPU was being tested in an AVX workload, so we should see these temps lowered during regular/gaming workloads.

You can read more about the leaked Intel Core i9-11900KF processor at Chiphell. 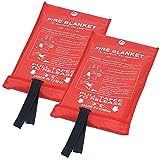