We now have a much more solid number in terms of how many GeForce RTX 30 series graphics cards that scalpers have purchased, and sold for profit: nearly 50,000 cards. 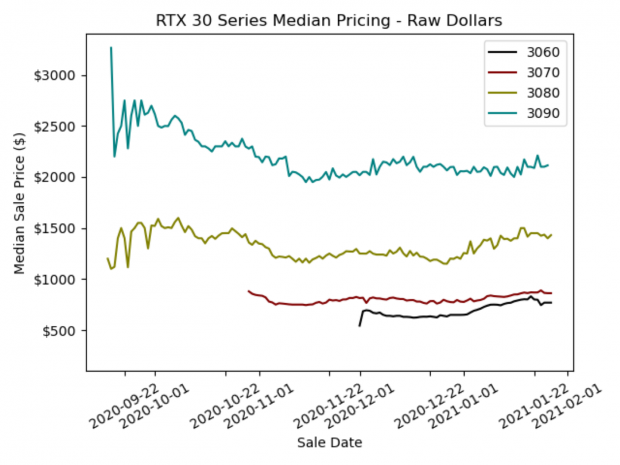 The news is coming from Chicago-based data engineer Michael Driscoll that reports that 49,580 Ampere GPUs were sold between eBay and StockX alone. Driscoll breaks this down into $61.5 million in sales on eBay and StockX with $15.2 million profit and $6.8 million for eBay, PayPal and StockX.

You can read the entire post by Driscoll here.