Sony has unleashed its new families of BRAVIA XR TVs, which include some huge new 8K TVs but there are some new 4K OLEDs that Sony have just unveiled in their new BRAVIA XR range that are even better.

OLED is the future of TV technology, and while LG dominates it right now there are other players stepping into the OLED game with Sony and its new 4K 120Hz capable BRAVIA XR OLED TVs. The new flagship Sony A90J Master Series OLED is brighter than the previous-gen Sony OLED TVs and it's all thanks to a new aluminum heat shield on the panel. 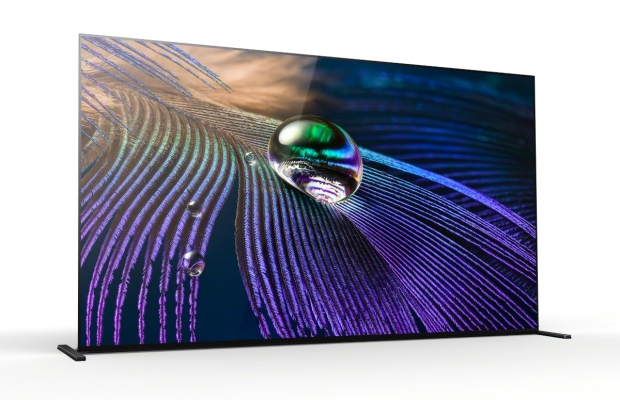 Sony's new BRAVIA XR Master Series TVs (including the new 8K TVs) have a new sensor that is capable of detecting the color temperature of the ambient light in your room... and then the TV will automatically adjust the white balance on the TV to match that.

There's Google TV here as well, offering a Chromecast-like ability on your new BRAVIA XR TV. There's adjustable legs that can be tweaked to make space for a soundbar in front of your TV -- a nice touch from Sony, I might add. There's Dolby Vision HDR, HDMI 2.1 connectivity, and so much more here on the BRAVIA XR series TVs.