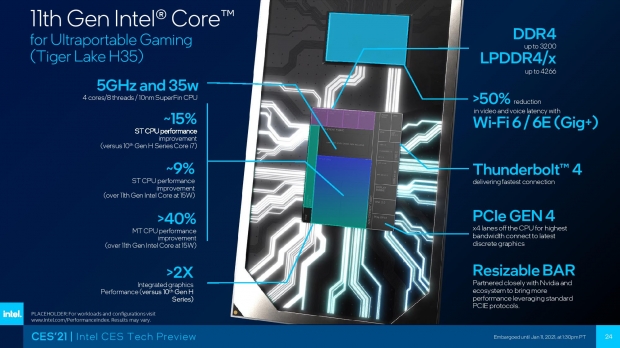 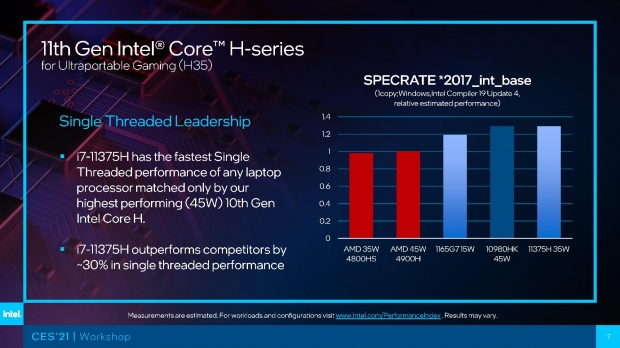 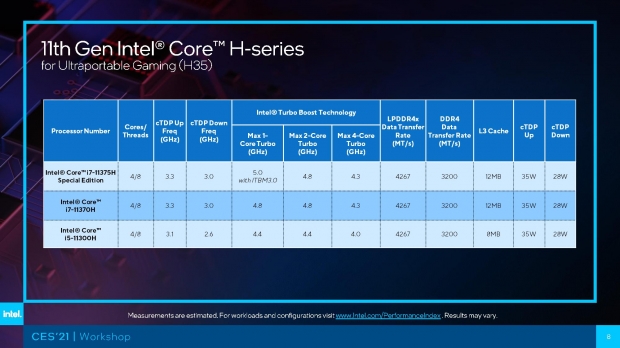 "Intel launched a new line of 11th Gen Intel Core H-series mobile processors for gaming that extends the 11th Gen mobile family of products and pushes the limits of what's possible for enthusiast-level gaming in laptops as thin as 16 millimeters. Led by the Intel® Core™ i7 Special Edition 4-core processor with up to 5 gigahertz (GHz) Turbo, these H35 processors are specifically targeted for ultraportable gaming". 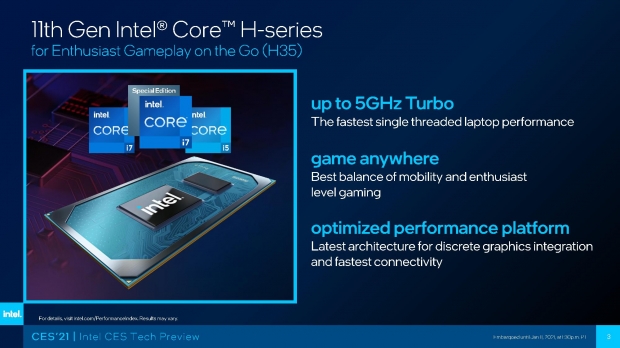 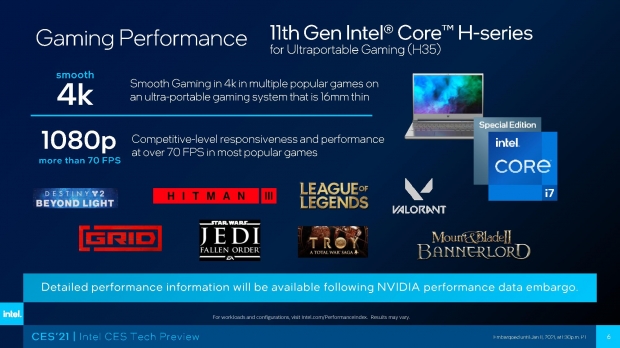 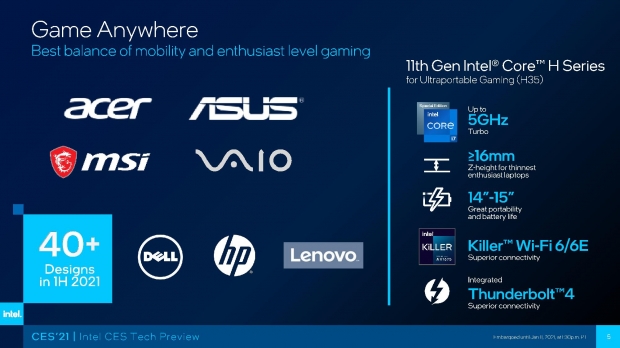 "They feature new Gen 4 PCIE architecture for connecting to latest discrete graphics and deliver amazingly low latency and immersive game play on the go. At CES, Acer, ASUS, MSI and VAIO announced new systems powered by the 11th Gen Intel Core H35-series processor for ultraportable gaming, with more than 40 designs from top manufacturing partners launching in the first half of 2021".

"For mobile enthusiasts who want desktop-caliber gaming and creation performance, Intel also announced an 8-core processor that will start shipping later this quarter. This platform is unique in the industry with features that would normally only be found in high-end desktop systems - including up to 5GHz, Gen 4 PCIE x20 architecture for fastest storage and discrete graphics, and Intel® Killer™ Wi-fi 6E (Gig+)". 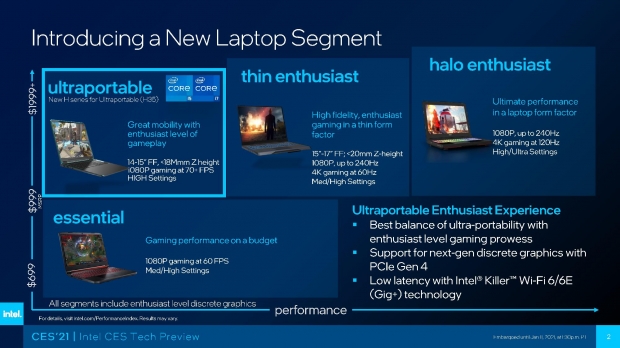 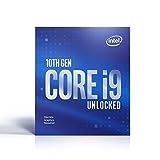