This new Hitman 3 footage showcases the improvements IO Interactive has made with its in-house Glacier engine, including atmospheric effects and NPCs.

IO Interactive is sending off the Hitman trilogy off with a bang. Hitman 3 makes some hefty upgrades over the first two games, starting off with 4K 60FPS on PS5 and Xbox Series X, but a bit of new PC gameplay footage illustrates how the game will look on gaming's most powerful platform.

The new footage shows off 5 minutes of the opening Dubai mission. There's not a whole lot of action--there's no killing and mostly subterfuge and tons of beautiful atmospheric effects--but arguably there doesn't need to be. Agent 47's exploits have mostly been about spy-style stealth and disguise. We do get a nice glimpse of Agent 47 atop one of the world's tallest buildings in Dubai, India, and a direct look at the Glacier engine's new NPC rendering technology, which can pack up to 300 NPCs in a single area at one time.

"When we released the first Hitman game 20 years ago, we've been setting the bar for AI in games. We continue to push that envelope with more than 300 active NPC AIs at once, expanding on the possibilties in the living, breathing world that players have come to expect from us," said IO Interactive community developer Clemens Koch.

We don't know the specs of the PC the footage was captured on (the video only goes up to 1080p 60FPS, for example) but we should expect the game to look and play exceptionally well on PC--especially if you have a newer RTX 3090 GPU. 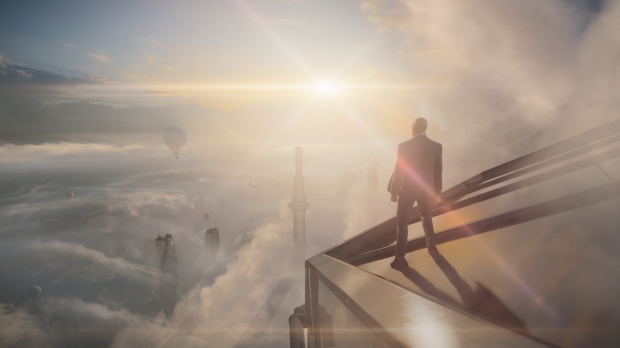