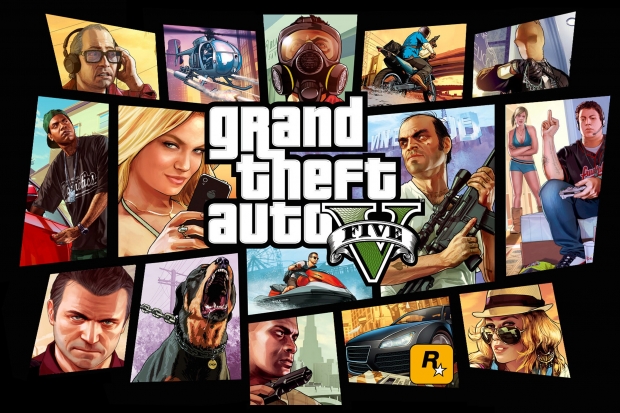 Xbox Game Pass is the single-most transformative subscription in modern gaming. It's changed how Microsoft distributes, markets, monetizes, and develops its games. Other publishers are following suit with their own subscriptions (EA Play, Ubisoft+), and even Sony adapted PS Now to mimic Game Pass. But there's one major publisher that isn't ready to jump on the bandwagon with their own all-in-one subscription platform: Rockstar Games parent company Take-Two Interactive.

At the UBS Global TMT Virtual Conference, Take-Two CEO Strauss Zelnick made it clear he's not sold on the idea. Subscriptions, Mr. Zelnick argues, deliver too much content that can't possibly be consumed. Most working consumers only have a small amount of time for leisure activities, and Mr. Zelnick argues consumers would rather buy games selectively than get access to a glut of content.

"I'm not convinced that consumers want a subscription in interactive entertainment, as opposed to the ability to selectively buy what they want and not buy things they don't want," Mr. Zelnick said.

"In the case of interactive entertainment, consumers consume an average of 45 hours a month in the U.S, not a 150. And that may be 1, 2 or 3 titles, not 100 titles. So, it may not make sense to pay for 1, 2 or 3 titles effectively every month by subscribing. And therefore, I'm not convinced that an interactive entertainment subscription program is the be all and end all from a consumer point of view." 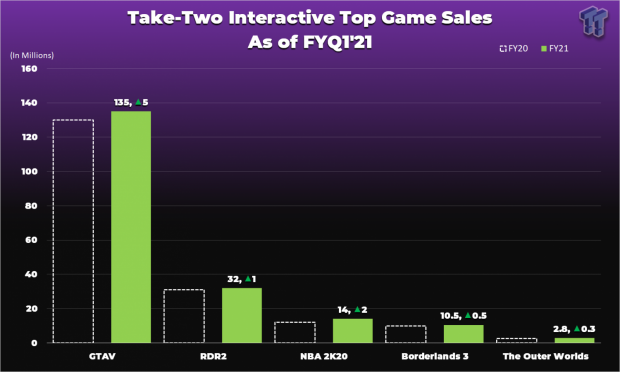 At the same time, Take-Two is interested in leveraging subscription services.

The publisher did bring sales-titan Grand Theft Auto V and newcomer Red Dead Redemption 2 briefly to Xbox Game Pass. The idea here was to allow Game Pass users to try out GTA V, and then push them into buying the game if they want to continue after the game was pulled.

GTA V and RDR2 were indeed pulled, and the gambit worked: GTA V sold 10 million copies in a single quarter.

The point is Take-Two probably won't make its own subscription service. That would undercut long-term premium sales. Rockstar Games does have its own storefront where it sells games like Grand Theft Auto, Red Dead Redemption, and L.A. Noire, but that is likely the extent of the plans.

"Equally from the producers' point of view, if you take everything that you're making for frontline and turn it into a subscription, and then you get some small sliver of the value, because obviously subscriptions need to aggregate a lot of different companies' products, that can be a very bad trade," Mr. Zelnick said.

"And we've experimented with frontline subscription a couple times for an array of reasons with business partners. And there's no doubt because our properties are highly rated and successful. We've had an economic detriment with regard to the - some of the value created by a frontline title being available day in day out on subscription versus one that's available later on.

"So we're interested and happy to participate is in subscriptions where it naturally falls within titles lifecycle, which means you're in catalog, it may make sense to have a subscription offering. It makes much less sense with regard to frontline in our opinion. But we'll see how it pencils out. Ultimately, the consumer will decide and we'll have to see where the consumer is."

When it comes to streaming, the CEO says latency is the biggest hurdle. Streaming services like Project xCloud significantly reduce frictional delivery of entertainment content to consumers, but introduces another bottleneck: latency. Instant access on hardware that consumers already own is offset by significant gameplay interruptions and data usage.

"And I've said this before that's my concern. That no way references skepticism about whether it can occur, I have no doubt the technological barriers will be removed, and that high quality low latency streaming will exist. I'm just not sure it'll be a game changer for us. Although, again, broader distribution is always a good thing."