CD PROJEKT RED pushed out its new v1.05 update for Cyberpunk 2077, which improves things across the board for both consoles and PC -- but on PC, it includes a nifty SMT-Fix that improves performance on SMT-enabled AMD Ryzen CPUs. 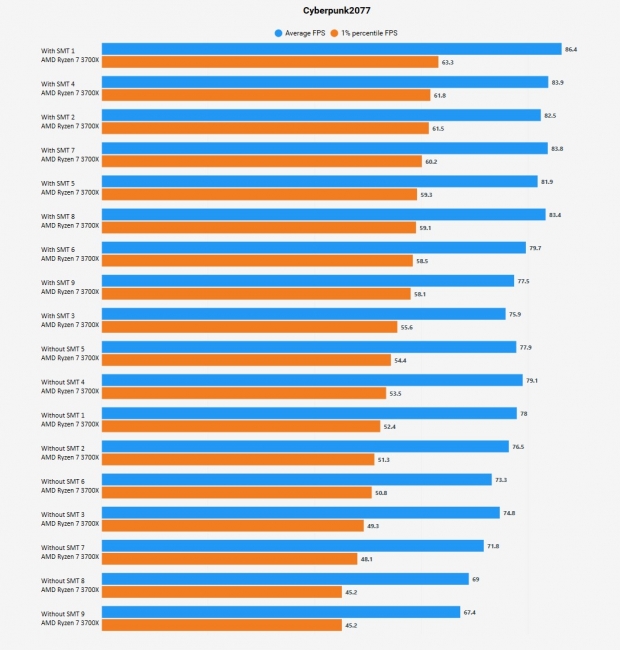 Over on /r/AMD on Reddit, user 'just_blue' tested the SMT-Fix for Cyberpunk 2077 on the AMD Ryzen 7 3700X processor, an 8-core, 16-thread CPU. The user ran 2 x 9 CPU bottle-necked benchmark runs in Cyberpunk 2077 to "prove the opposite" of claims that people said the SMT-Fix on 8-core CPUs is "just a placebo".

You can see that with SMT enabled the performance in Cyberpunk 2077 is much better -- staying between 80-85FPS, while without SMT the game isn't reaching 80FPS. Those 5-10FPS mixed together with increased smoothness with another poster 'Shhh_ImHiding' writing: "Yeah, I immediately noticed the difference on my 3700X without even having to benchmark. It's visibly smoother. The impact is likely even bigger with RT on, having to build the BVH struct".

Another user with the same AMD Ryzen 7 3700X processor wrote: "Especially in crowded areas. My pc would start to choke after too long in a market or similar area. The SMT fix helped immensely". 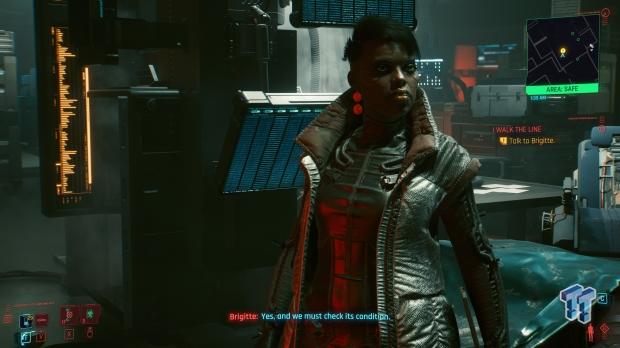