The end of the Oculus Go era has officially commenced. Hilariously, one of the last apps to make the cut is a bathroom companion experience called Poo With a View. A 360-degree content viewer that gives you something more interesting than a bathroom stall door to look at when you're taking care of business. 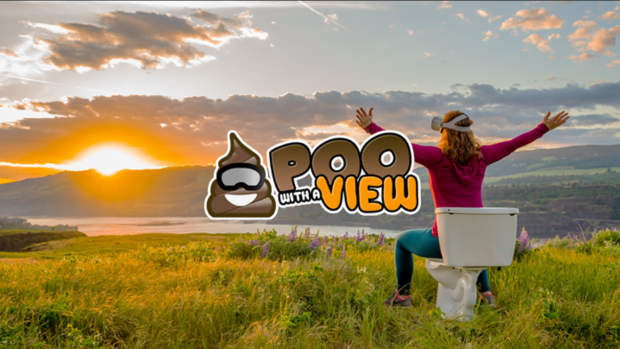 The first-ever Oculus standalone VR headset has officially reached its sunset days. Facebook discontinued production and sales of the headset in June of this year, followed by an announcement that submissions to the Go app store would end in December.

The last day for developers to submit their Oculus Go apps for publishing consideration rolled past us on December 4. Today was the final day that Oculus will publish new apps to the store, and there were surprisingly few titles that launched this week.

On December 17, Oculus dropped more than a half dozen apps, most of them free 360-degree tours. Two paid apps were launched, including a game called Impact and an educational app called Fire Safety Theory 101.

Today, we got DoVille Adventures, a cartoon island paradise simulation, where you can take a dip in the ocean, ride an air balloon, or sit back and enjoy the sunshine. Poo with a View is also a relaxation app of sorts. It's a VR app that lets you enjoy 360-degree panoramic views while you sit on the throne.

Poo with a Viewplaces a virtual toilet in the middle of the scene, so you can feel like you're making your mark everywhere you visit. Why you would want to do that is beyond me, but here we are.

It's a bit of a miracle that I even found this app. I happened to check the Oculus store at just the right time. An hour later, I checked again, and it was no longer highlighted on the latest releases page, but you can still find it on the store if you search.

The Oculus Go will continue to function for the foreseeable future, but we'll see only bug fixes and platform maintenance from now on, and those updates will end in December 2022.