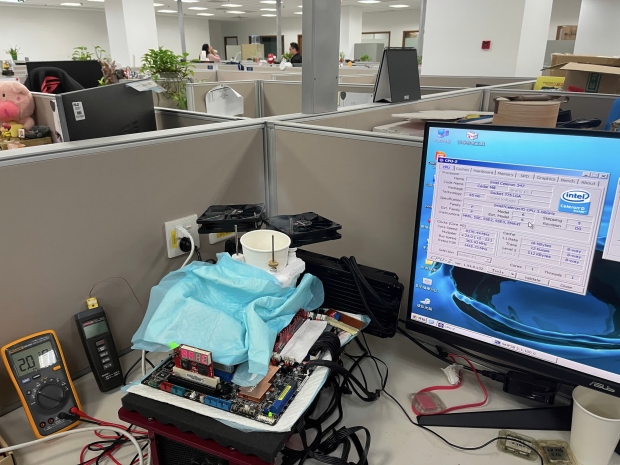 But in the world of overclocking, everything is up to being pushed to its limits and put on the leaderboards -- and that's exactly what Chinese overclocked ivanqu0208 did with an Intel Celeron D 347 -- pushing it up to a huge 8.36GHz under LN2 cooling.

He used an ASUS P5E64 WS Professional motherboard, a single 2GB stick of DDR3 memory and over-the-top LN2 cooling to keep the Intel Celeron D 347 as cool as possible. Windows XP was used as the operating system, with the 14-year-old Celeron D 347 being overclocked to 8362.21MHz-- but this wasn't enough to beat the world record for the Celeron D 347 which is held by Chinese overclocker wytiwx back in 2013 of 8516.17MHz. 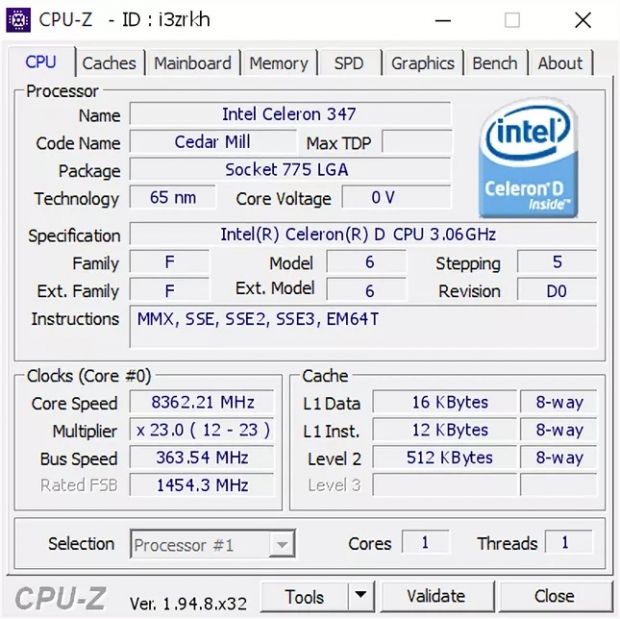 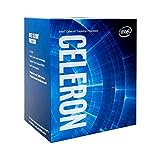