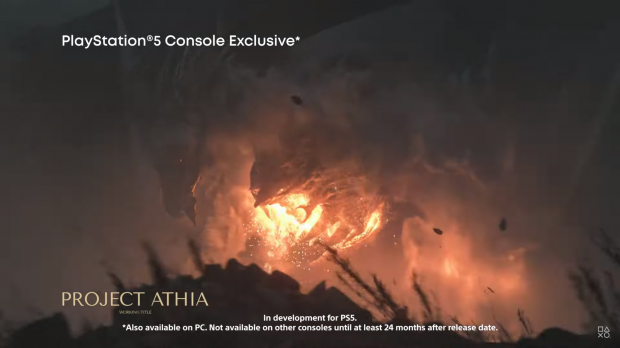 "In development for PS5. Also available on PC. Not available on other consoles until at least 24 months after release date," the trailer says. We already knew Project Athia was PlayStation timed exclusive, but we didn't know for how long. Usually this kind of marketing deal lasts for 6 months to 1 year, not 2 years.

We don't know much about Project Athia other than it's an action RPG (think Final Fantasy XV on speed) and that it's built in the higher-end Luminous Engine.