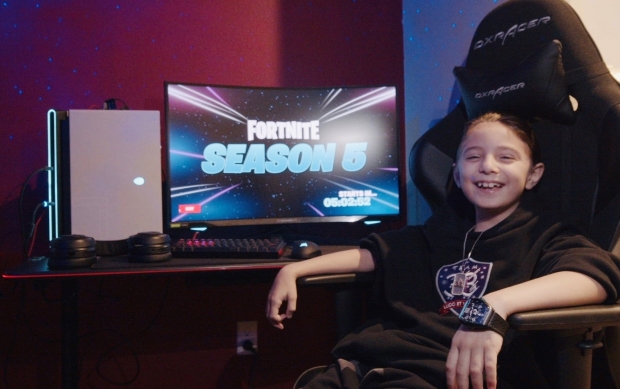 esports group Team 33 just spent $33,000 to add 8-year-old Fortnite pro Joseph Deen, aka Gosu33, to their roster. Gosu actually started training with Team33 when he was just six years old (when I was six I was getting tormented by NES games, not competing against high-level competitors) and built up skills in the last 2 years.

"It's a dream come true!" says Joseph Deen, when asked to comment on his new signing. "While many other teams didn't take me seriously due to my young age, Team 33 scouted me through Fornite games and let me train and learn with them daily. I couldn't be happier today to become an official member of the team."

"We made it a point to train him over the past few years because young gamers are the future, and we want to start training them early. He has shown incredible tenacity and commitment to the team over the last two years and has trained almost daily with our team. It has now finally all paid off and is a momentous day for all of us," says Tyler Gallagher, CEO of Regal Assets and one of the founders of Team 33.