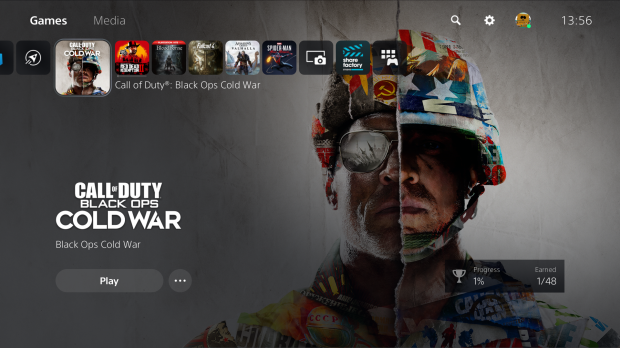 Earlier today I tried to install Red Dead Redemption 2, a huge 100GB+ game, on my PS5's internal SSD. I received a message that my PS5's SSD was full. I knew it'd happen eventually...but I didn't think it'd happen so fast. It turns out next-gen games are just as big as current-gen games, especially Black Ops Cold War. 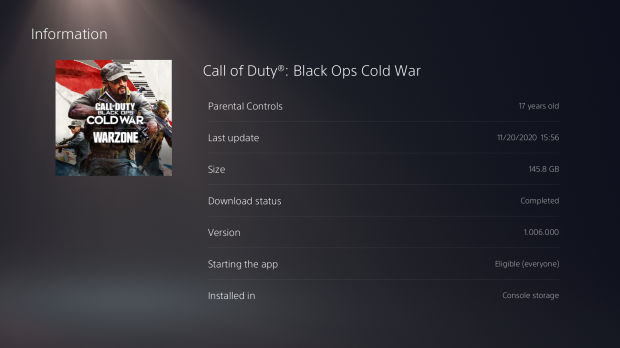 The latest Call of Duty requires a huge 145.8GB with multiplayer and campaign installed...and that's without Warzone.

Doing a bit of math, I found that Cold War takes up over 20% of the console's total internal storage. The PS5 is advertised with a 825GB SSD, but the actual size after formatting and allocation is 667GB. That's with Astro's Playroom uninstalled. 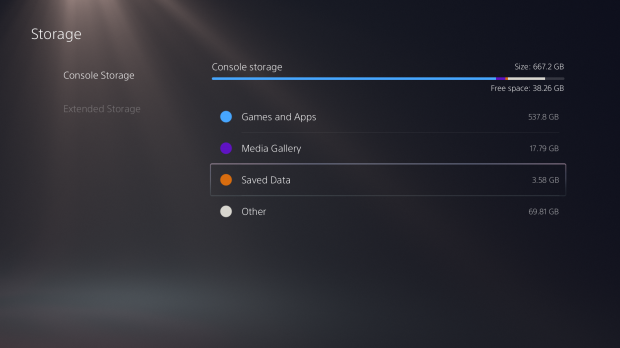 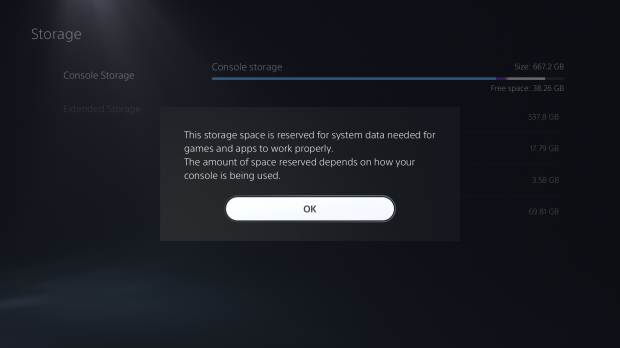 The PS5's SSD fills up pretty fast. As you install more games, the PS5 allocates more storage for caching/quick-launch in a section called Other. This is reserved space for games and functionalities and can't be freed up. So it's not just games that're taking up storage space.

Luckily, Black Ops Cold War lets you uninstall various components of the game that you no longer want to play. If you're done with the campaign, you can uninstall it. 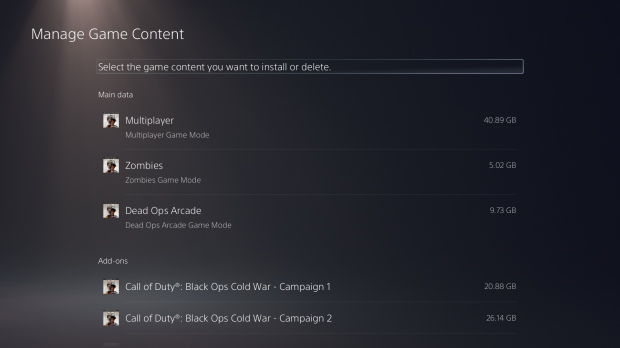 Most of the data is voice and dialog--this takes up over 80GB of the install space. 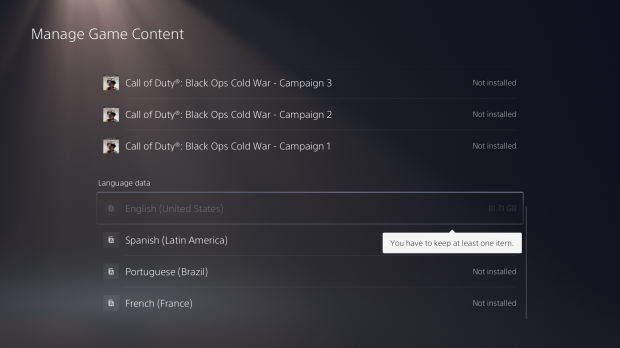