Wacom revealed an experimental device that hopes will carry the company through the next generation of digital art creation. It's taking its expertise with digital pens into the future with a VR Pen.

Wacom said the VR Pen uses "pen grip force" to determine your intended pressure in 3D space. It also includes an EMR pressure sensor in the tip, making it compatible with Wacom's drawing tablets. You can use the VR Pen for both 3D and 2D mediums. And it works with any VR headset thanks to Wacom's independent tracking system. 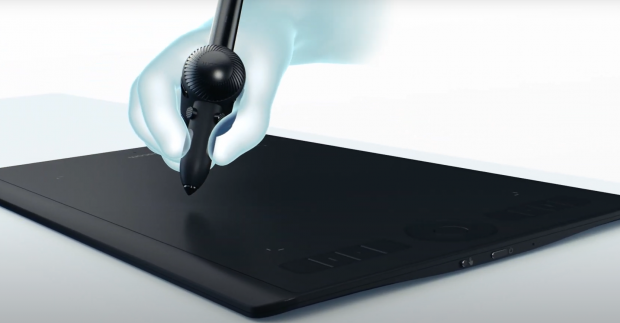 The Wacom VR pen features an ergonomic design that incorporates a handle that gives users a better grip while waving the device around while they draw. The VR pen also features a variety of buttons and knobs to provide you with many input options. The pen includes a button for your middle finger, a side button for your thumb, and a wheel at the top to rotate. The VR Pen also features three buttons on the shaft that you can also access with your thumb.

Wacom isn't ready to mass-produce the VR Pen, but the company is looking for partners who want to use it. Wacom said it needs partners to help bring this product to fruition.