Universal Studios Japan partnered with Nintendo to build a $580 million Nintendo theme park, and one of the main attractions is an interactive augmented reality Mario Kart ride. 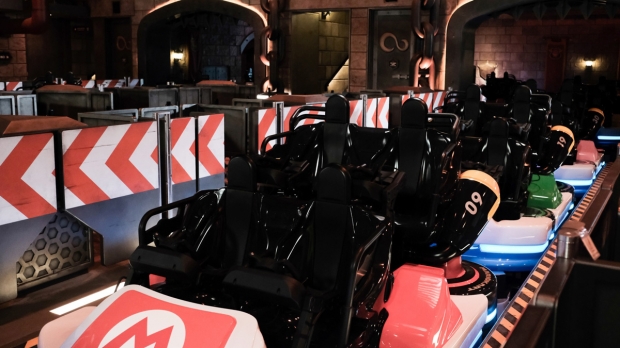 Super Nintendo World is a new theme park slated to open next February in Osaka, Japan. The new park will be part of Universal Studios Japan and has been a work in progress for over 6-years. When the park finally opens, guests will get to experience life-size recreations of Nintendo's franchises, with one of the main attractions being an augmented reality Mario Kart experience.

Sadly, you won't have full control over the karts; the experience is on rails. However, it is a multiplayer experience, and there are two side-by-side tracks to give it a bit of a competitive element. The ride includes interactive buttons, and patrons will don an AR headset to get the full experience out of the ride.

The rest of the Super Nintendo World park will also have augmented elements. Nintendo designed an interactive AR game for guests to collect coins that are scattered around the park. Attendees will get Switch consoles to carry around the park to explore the virtual content.

Super Nintendo World was originally meant to open over the summer, but the Covid-19 pandemic pushed the project back by half a year and may delay the grand opening even further. The February 4 is tentative.