The reports were true: Doom Eternal will be a digital-only game on the Switch, but Battlemode is still in. 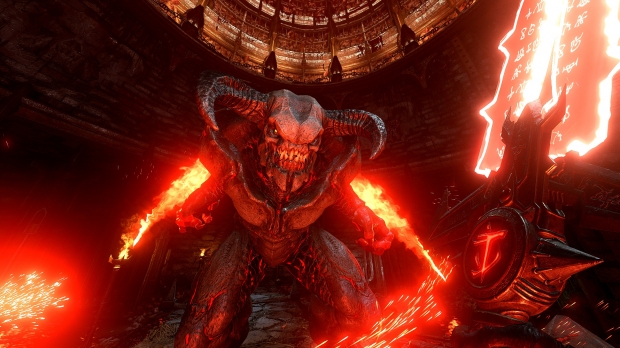 Today Bethesda confirmed Doom Eternal will launch on Switch on December 8, right in time to raze hell before Christmas. The port won't come a physical cart, though, and is 100% digital-only on the eShop (or via download codes from third-party stores). This is why retailers like GameStop started cancelling pre-orders for Doom Eternal's physical Switch edition. Thankfully the game won't be too big and clocks in at 18GB.

Doom Eternal also sports gyroscopic tracking/aiming on Switch and Switch Lite consoles, which should add a new dimension of chaos to the shooter. We don't know the finalized performance targets for Doom Eternal on Switch, but id previously said it would hit 30FPS on the handheld.

We'll also see the online 2v1 Battlemode multiplayer drop on the Switch, but the new The Ancient Gods expansion won't arrive until sometime after launch.

Doom Eternal brings demon-slaying hell to Switch on December 8 for $59.99.