Cyberpunk 2077 game saves can be imported and exported to and from current-gen and next-gen consoles. 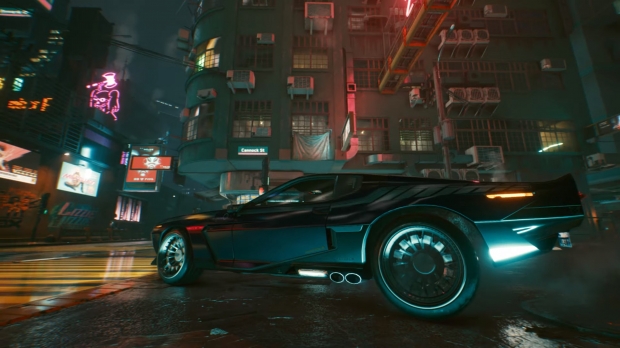 Cyberpunk 2077 will be playable on two generations: PS4/Xbox One and PS5/Xbox Series X. Like most cross-gen games, Cyberpunk 2077 will let players seamlessly transfer their save data to newer console platforms. Remember Cyberpunk 2077's next-gen optimizations won't arrive until 2021, so for now you'll be playing the base current-gen version on next-gen consoles via backwards compatibility.

The cross-gen save transition is pretty straightforward. On Xbox One/Series X, you just sign in and your data is automatically synced and downloaded via the cloud. There's no manual transfers needed unless you're offline, and even then you can directly connect your old console to the Series X and transfer that way.

On PlayStation 4/PlayStation 5, you can upload the saves to PS Plus cloud, directly transfer them via USB stick, or use an external USB drive.

The cool thing here is buyers will get two separate versions of Cyberpunk 2077: a PS4 version, and a PS5 version. Both can be installed on the console at the same time, and you can switch data back and forth between the two platforms.

I've done this with Assassin's Creed Valhalla, but be forewarned: it can be a messy process and you may need to manually re-sync PS Plus data.

It's also worth mentioning that PS5 game saves can only be backed up via PS Plus. So if you transfer your CP2077 saves from PS4 to PS5, you can't transfer the PS5 saves back to PS4 without PS Plus.