IO Interactive will unleash its new Glacier engine tech on PS5 and Xbox Series X in 2021, pushing higher-end visual and performance tech than ever before.

Like Miles Morales, Demon's Souls, and even Assassin's Creed Valhalla, Hitman 3 should be spectacle on next-gen hardware thanks to new engine optimizations. IO confirms Hitman 3 will hit peak perf like 4K 60FPS with HDR enabled on both PS5 and Series X, and teases some big improvements to its in-game graphics and design.

Outside of raw perf, IO confirms it will leverage the Zen 2 CPUs in next-gen consoles to push 300 NPCs on the screen at a single time--a feat that's usually reserved for Ubisoft or Rockstar games. Other drastic overhauls include atmospheric effects like lighting, fog, and shadows, as well as dynamic weather systems that recreate realistic rainfall and water saturation on player clothing.

The result is a Hitman experience that's more realistic than any previous game.

"When we released the first Hitman game 20 years ago, we've been setting the bar for AI in games. We continue to push that envelope with more than 300 active NPC AIs at once, expanding on the possibilties in the living, breathing world that players have come to expect from us," said IO Interactive community developer Clemens Koch. 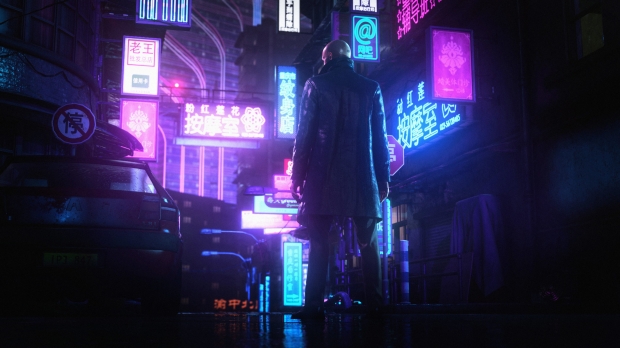 Combat has been adjusted, as well as movement schemes to make a more fluid and responsive gameplay experience. Rendering, animations, lighting--everything has been enhanced.

IO confirms that all of these tweaks are coming to Hitman 1, Hitman 2, and Hitman 3 as a full trilogy.

To showcase the power of its new engine tech, IO released a gameplay trailer for the new Chongqing, China location...and it looks absolutely incredible.