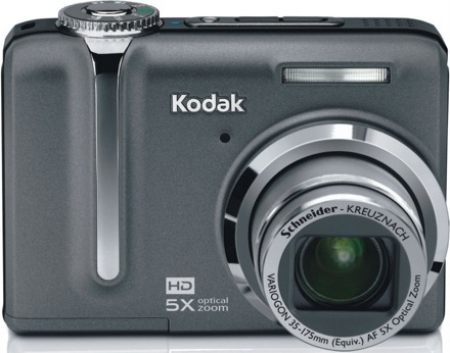 Rather interestingly Kodak now only doesn't support SD and MMC, but also Sony Memory Stick Duo cards with the Z1275. The camera is powered by a pair of AA batteries, although no battery life time was given. It weighs 161g and measures 89.5 x 64.5 x 31.6mm. But best of all, it will be available for a mere US$249 when it becomes available later this year.