PS4 copies of Cyberpunk 2077 are leaking out (possibly at a distributor level) and gamers are streaming the game online. Beware of massive spoilers! 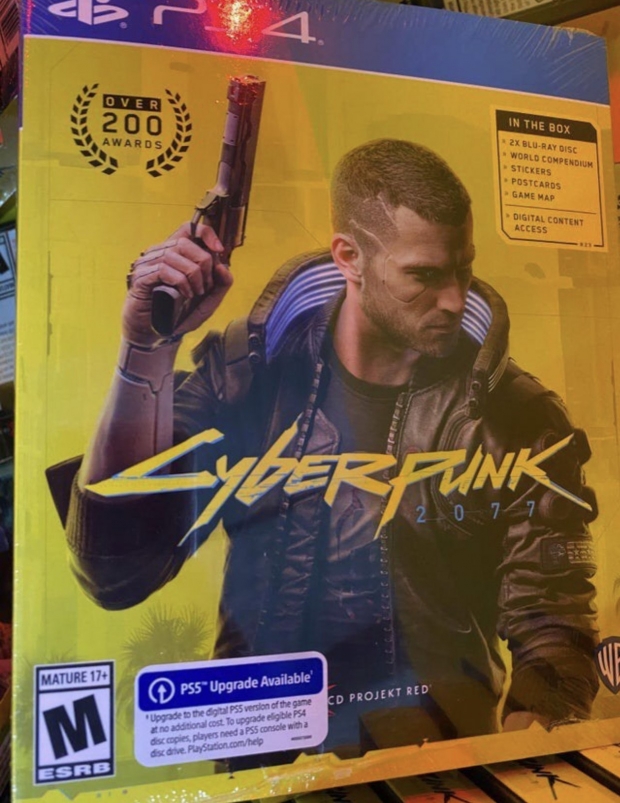 Lots of Cyberpunk 2077 footage and spoilers are bound to pop up in the next few days as PS4 game discs have apparently shipped out ahead of schedule. CD Projekt RED's massive FPS-RPG is due out on December 10, but retailers might have slipped up and released North American versions of the game in the last week.

We won't be linking to the uploaded leaks out of respect to CDPR, but I've seen them and I can say the game is worth the wait. I think this is something we all knew already, though. The leaked games confirm Cyberpunk 2077 consists of two Blu-ray discs (one's like a data disc, and the other is probably the play disc) and also comes with a fold-out map, some postcards, stickers, and a game booklet. The physical version sure sounds like the way to go.

In the meantime, be sure to catch up on the latest Cyberpunk 2077 like the finalized skill trees, upgrades, and RPG progression systems.