HTC just released a set of new enterprise features for its ageing Vive Focus Plus standalone VR headset. The company clearly still sees value for businesses in its all-in-one device. 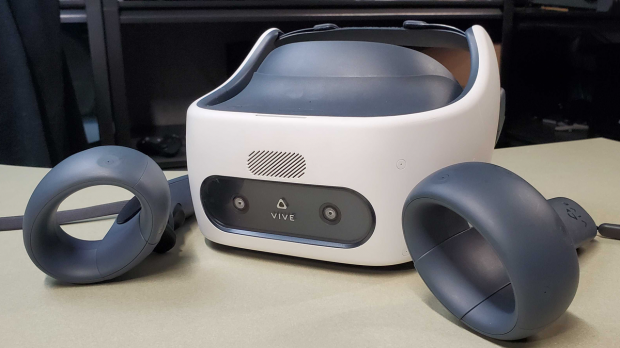 HTC released the Vive Focus Plus in April 2019, which was an iterative update to the original Vive Focus. The Plus model added two 6-DoF motion controllers to the package and a slightly redesigned face cushion. The Vive Focus lineup never caught hold in the North American market, but it's pretty popular in Asia. With the latest update, HTC is hoping to attract the interest of more businesses.

"We are seeing a marked increase in demand for commercial VR solutions all over the world due to remote work requirements, and we know that security and manageability is critical to the continued successful adoption of Vive Focus Plus in the enterprise environment," said Dan O'Brien, Head of VIVE Enterprise Solutions, HTC VIVE. "By supporting VPN, our customers will be able to securely collaborate on projects using VR no matter where in the world they are, with the proven enterprise expertise of our partners VMware and MobileIron."

It looks like HTC is really doubling down on the enterprise VR market. Just last month the company released the Vive Pro Secure, and now it's bringing more value to its standalone product. It remains to be seen whether HTC's next headset will be a consumer product or a business-oriented device.

The new Vive Focus Plus features are available today if you already have a Focus Plus headset.