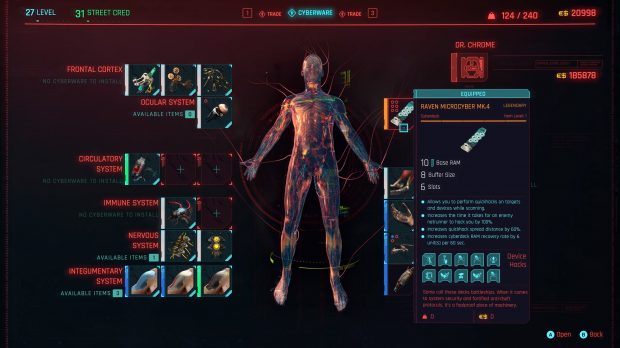 Today CD Projekt RED revealed new Cyberpunk 2077 gameplay and showcased a bunch of content that'll be in the final game. The footage highlights some new skill info as well as the five stats: Cool, Reflexes, Body, Intelligence, and Technical Ability. These stats are basically like governing attributes (think about Morrowind) that each have their own perk trees. 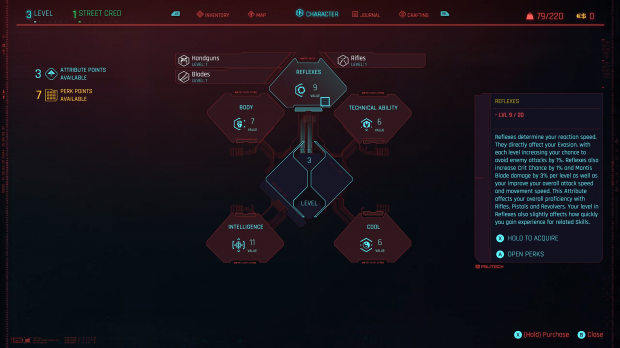 Technical Agility, on the other hand, governs Crafting and Engineering, which includes how strong your drones are, boosts your armor rating, and affects how powerful the items you create are. 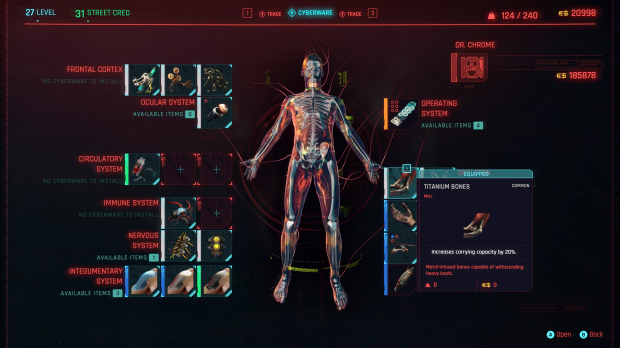 The game also has Cyberwares, which are the body modification upgrades. There's lots of gear and upgrades: "With the money you earn, you can turn yourself into a living weapon, buying guns and enhancements in the hundreds," the trailer states. 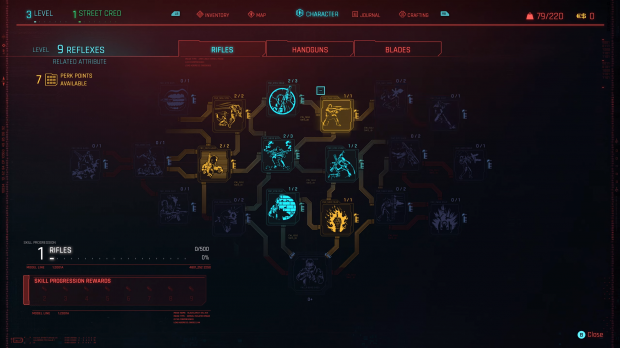 Everything we've heard and seen so far paints Cyberpunk 2077 as a remarkably reactive and customizable RPG FPS.