A new bit of in-game Cyberpunk 2077 footage shows of a dark, gritty dystopian sci-fi city with tons of flair. 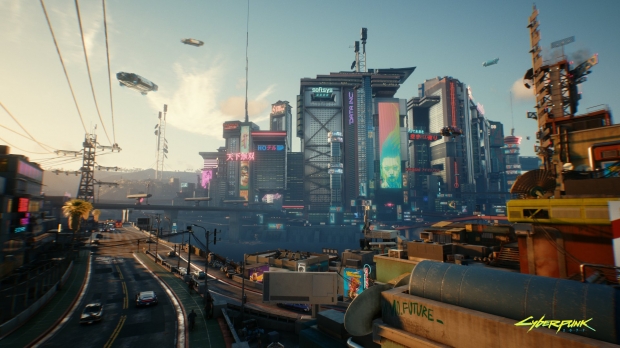 New never-before-seen footage of Cyberpunk 2077 shows the game will be well worth the wait. The footage comes from German website Das Erste and is woven into a company profile interview. There's lots of footage we've already seen thrown into the mix, too.

The gameplay is centered mostly on the environs of Night City. There's lots of dark shadowy areas of the metropolis we haven't seen, complemented by brightly-lit city squares, marketplaces, and futuristic avenues with cars flying overhead. It all looks like something out of a Blade Runner fan's dream.