It was only yesterday that we reported that Assassin's Creed Valhalla couldn't reach 4K 60FPS on some of the fastest hardware on the planet... yeah well, it does, I just did it myself. 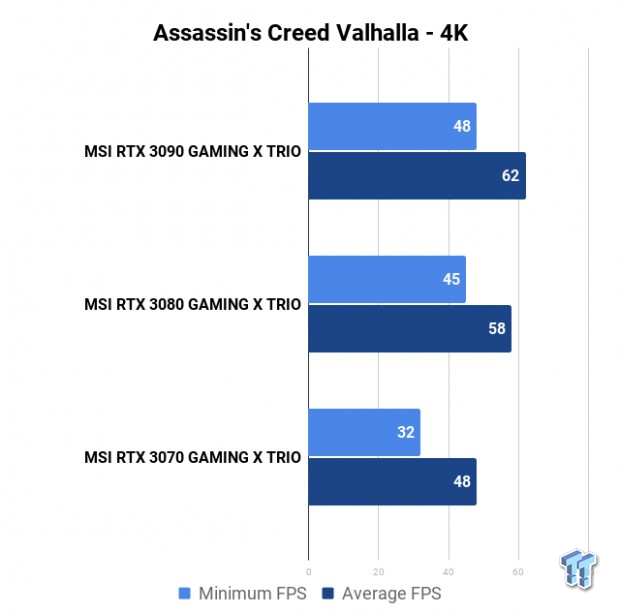 I'll be running all of the cards I have here (including some other Big Cards that may or may not have just arrived) with Assassin's Creed Valhalla and will have a deeper dive into the performance at 1080p, 1440p, and 4K in the next few days.