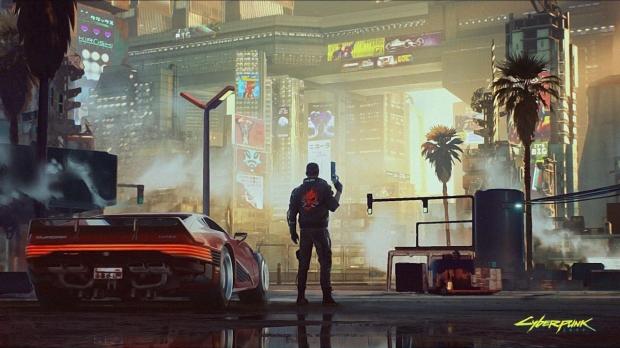 Reports say that CDPR developers are working 100 hour work weeks to finish Cyberpunk 2077. This harsh cycle of crunch has been going on for months now, and the game's recent delay to December 10 underlines CD Projekt's ultimate goal of perfection. It's been said time and time again that CDPR has a problem with crunch on its huge blockbuster games, and Cyberpunk 2077 is its biggest yet.

But for investors, analysts, and gamers listening in on a recent company call, CD Projekt RED co-CEO Adam Kicinski pretty much shrugged off years of crunch reports.

"Regarding crunch; actually, it's not that bad - and never was. Of course it's a story that has been picked up by the media, and some people have been crunching heavily," Kicinski told people who have monetary stake in the company, contrary to multiple reports of intense overwork and uncertain timelines.

"But a large part of the team is not crunching at all since they have finished their work; it's mostly about Q&A and engineers, programmers - but it's not that heavy; of course, it will be extended a bit, but we have feedback from the team; they're happy about the extra three weeks, so we don't see any threats regarding crunch."

Shortly after the comments were made--and after the story got picked up by mainstream media--, Kicinski apologized in a private email to all CD Projekt developers.

The email, which was acquired by Bloomberg's Jason Schreier, reads like this:

"From the bottom of my heart, I would like to apologize to everyone for what I said during Tuesday's investor conference call. I had not wanted to comment on crunch, yet I still did, and I did it in a demeaning and harmful way. Truth be told, It's only now, when the stress connected with the delay decision and the call itself is lifted, that I'm fully realizing the true extent of my words.

"I have nothing to say in my defense. What I said was not even unfortunate, it was utterly bad. For that, please accept my most sincere and honest apologies.

"I always was, and am still, proud of the heart and soul you put into what you do every day."

Cyberpunk 2077 has been delayed 3 times, and has been in development for roughly 5-6 years. The company has spent $121 million so far on the game's development and has created expansive next-gen technologies including a powerful scalable games engine, new AI advancements, and a mo-cap studio. This is the biggest game CD Projekt RED has ever done so it carries the biggest crunch time along with it.