Microsoft announced that it would transition its Windows Mixed Reality platform exclusively to OpenXR in future game engine releases. 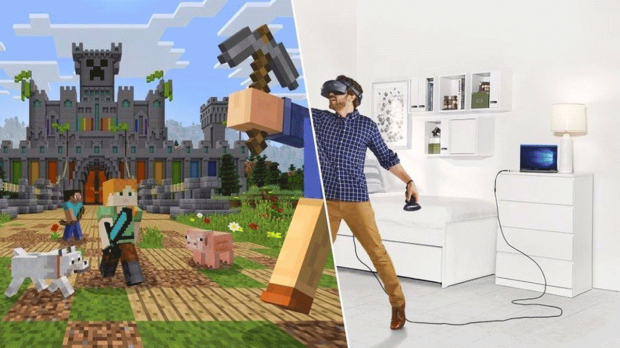 This year, Khronos Group released the OpenXR 1.0 specification, which saw immediate support from the biggest names in the XR space. Oculus and Microsoft quickly released OpenXR compatible runtimes, followed by SteamVR and HTC shortly after that. Now that Unity and Epic Games are on board, Microsoft is preparing to move away from its WinRT API and shift exclusively to OpenXR.

The idea behind Khronos Group's OpenXR specification is that developers can write code once, which would be compatible with all OpenXR devices. That means developers could build one application that would run on OpenXR-compatible VR or AR hardware.

Microsoft said that it worked closely with Unity and Epic Games to ensure that their engines' future versions would support HoloLens and Windows Mixed Reality VR headsets through OpenXR.

Unity already supports OpenXR, but the current version doesn't support HoloLens 2 and HP Reverb G2. Support for those headsets is coming in Unity 2020 LTS, and it will include support for advanced features like HoloLens 2 eye-tracking and spatial anchors. Unity 2020 LTS retains support for the WinRT API; Unity 2021 would be fully OpenXR.

The story is similar for the Unreal Engine. Version 4.23, which is out now, includes full support for OpenXR 1.0 but does not fully support HoloLens 2 and new Windows Mixed Reality headsets. Unreal 4.26, which is available in preview today and full release later this year, will enable hand interaction for HP Reverb G2 and the complete set of HoloLens 2 features.