We're very, very close to the release of NVIDIA's new GeForce RTX 3070 and now we have some juicy leaks on the slightly lower-end GeForce RTX 3060 Ti graphics card. 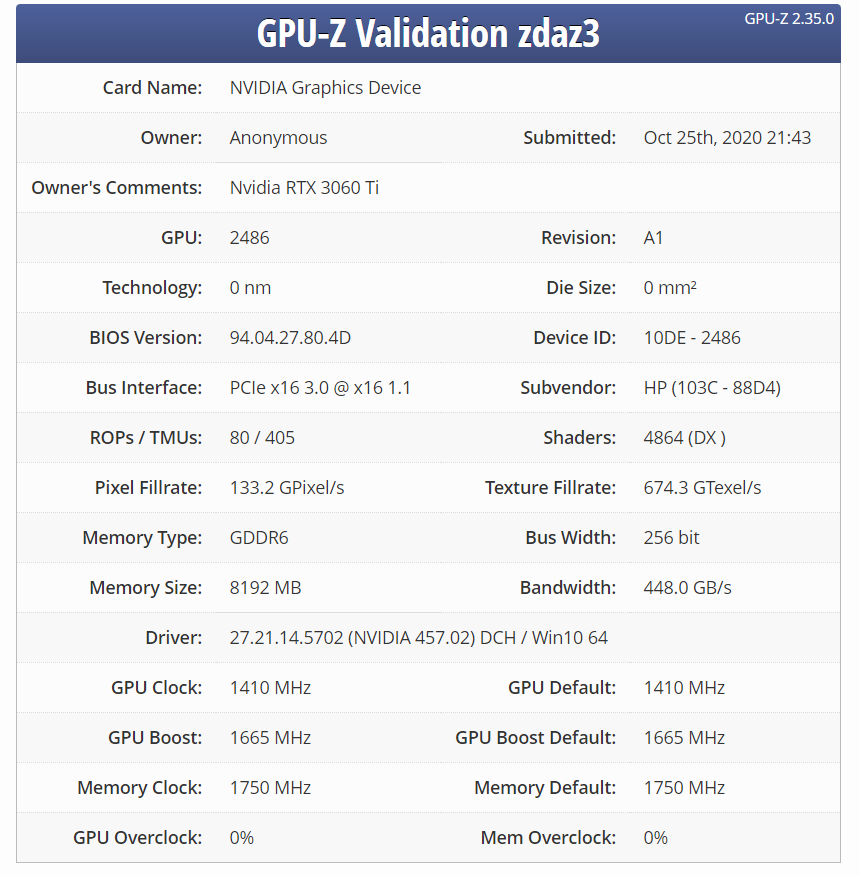 The new leaks are coming from a public GPU-Z validation, where we have some specs on the purported GeForce RTX 3060 Ti. We're looking at 4864 CUDA cores, a GPU base clock of 1410MHz and GPU boost clock of 1665MHz (at least as reported by GPU-Z).

NVIDIA is expected to slap 8GB of GDDR6 memory on a 256-bit memory bus that will have 448GB/sec of memory bandwidth on the GeForce RTX 3060 Ti. We will have more information on this card as it comes.