The Xbox Series X is a well-designed console with a robust cooling solution. Even with special hardware and software, the next-gen system will still get hot when playing demanding games. 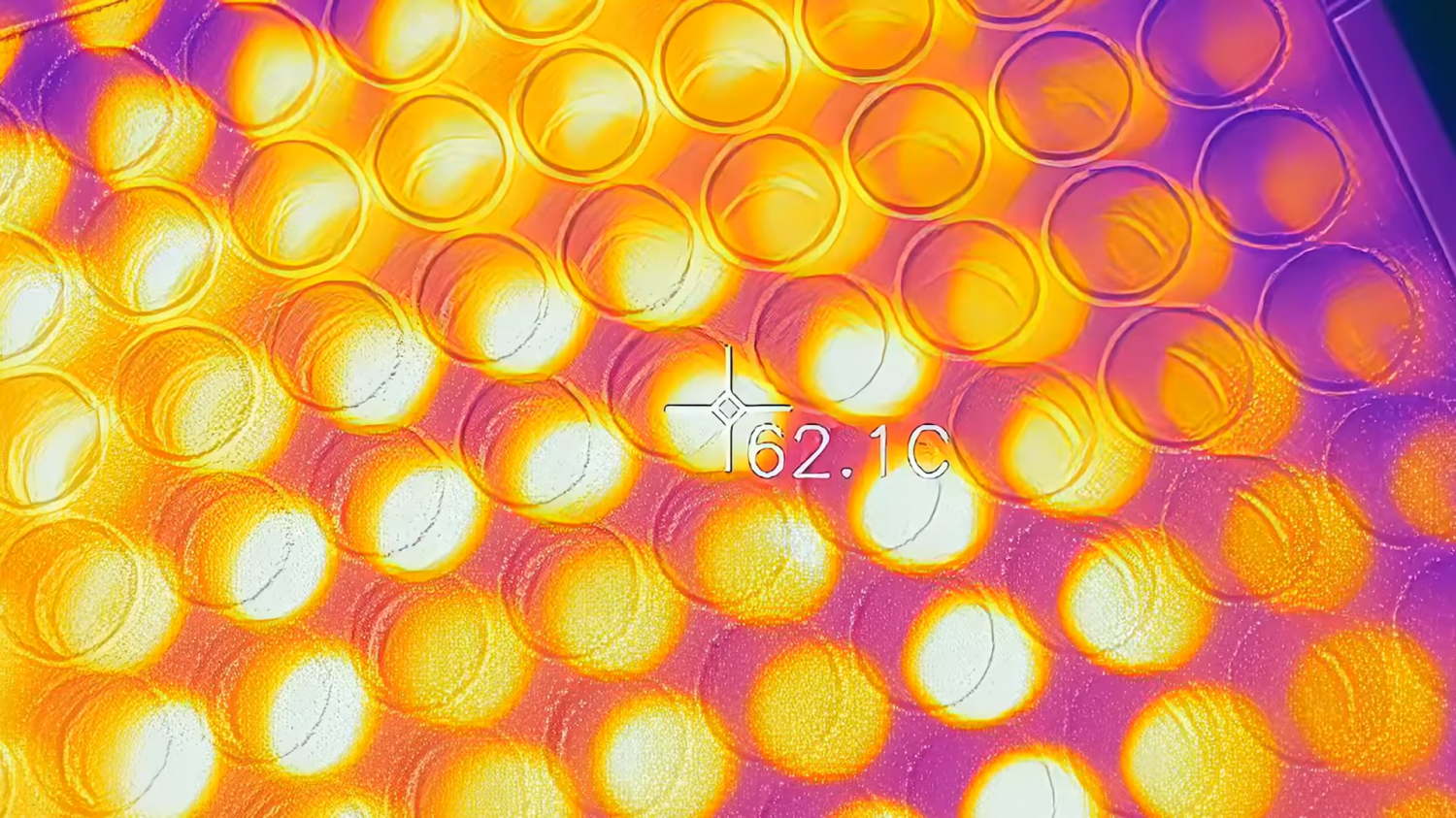 According to latest thermal tests from Digital Foundry, the Xbox Series X can reach up to 62C temps when playing Gears 5 in specific sequences. It all depends on how much power is drawn. Thanks to Gears 5's dynamic resolution scaling, the GPU is pushed pretty hard to enable higher-end performance like native 4K with ray-traced visuals with graphics settings that go beyond PC Ultra settings. The more demanding the game is, the more power is drawn, and the more heat is produced.

In order to see how hot the Series X can get, Digital Foundry found a spot in Gears 5 that drew 205W of console power and measured temps with a FLIR camera app during the sequence. Knowing what we know about the Series X's pull-based airflow, the results aren't too surprising. The console pulls air from the bottom to exhaust from the top via a huge 130mm fan.

The console stays at room temperature (about 22C) at the bottom and near the optical drive, and rear vents jump a bit to around 44C. The top exhaust vents get a bit toasty and capped out at roughly 62C when 65% of the console's total 315W power supply is being tapped.

The relation between power draw and temperatures is extremely important. Other recent Xbox Series X temp tests didn't take the power draw into consideration. The more power that's drawn for rendering, the more heat is generated. This is a good baseline on what to expect from more optimized games on the consoles.

The Series X pushes out roughly 20-30% more heat than an Xbox One X, which makes sense given the wattage power draw discrepancy (One X has a 245W PSU, Series X sits at 315W). The Series X is also a lot more demanding than the One X and the GPU, CPU, RAM, and PCIe 4.0 SSD are much more power hungry.

Keep in mind that Gears 5 wasn't specifically built from the ground up to push the Series X's CPU and GPU to their limits. It's possible next-gen exclusive games that push the boundaries even more could draw more power and drive up console temps.