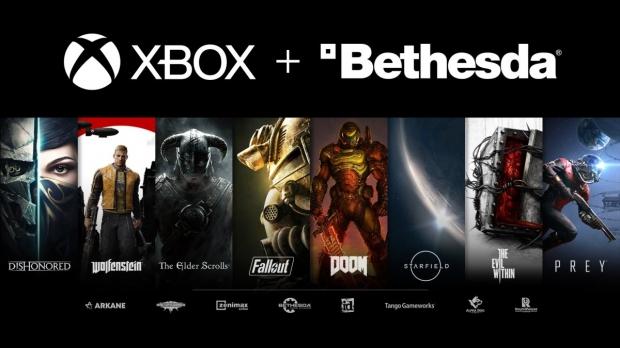 Microsoft just bought Bethesda parent company ZeniMax Media for $7.5 billion, roughly 3x what it paid for Minecraft, aka the best-selling video game of all time. It's only natural for Microsoft to want to recoup that cost over time. The main reason Microsoft bought Bethesda was to secure long-term content for its digital service-driven ecosystem. This model hinges on a certain level of exclusivity that offers options up to a point: You're free to play Xbox games on Xbox consoles, PCs, and mobiles...just not on competing hardware like the PS5 where Game Pass isn't available.

This level of exclusion boosts the value of the Xbox ecosystem and makes Game Pass more attractive. This is by design. Now Xbox's Phil Spencer asserts that Microsoft doesn't actually need to bring Bethesda games to PS5 or other platforms to "make the deal work for us."

It's possible Bethesda's newest games like Starfield and even The Elder Scrolls VI could be Xbox platform exclusive, which essentially means they won't release on PlayStation systems.

"But I'll also say in the model...when I think about where people are going to be playing and the number of devices that we had, and we have xCloud and PC and Game Pass and our console base, I don't have to go ship those games on any other platform other than the platforms that we support in order to kind of make the deal work for us. Whatever that means," Microsoft's gaming boss Phil Spencer told Kotaku.

This isn't a confirmation that Bethesda's future games will skip PlayStation. Microsoft has said it'll evaluate cross-platform releases on a 'case-by-case basis.'

It does tell us that Microsoft doesn't see it necessary in order to make a profit on the acquisition. The buyout will be immediately accretive to Microsoft by virtue of extra added content to Game Pass and secured, longer-term revenues from live service games like Fallout 76 and Elder Scrolls Online.

The biggest value, however, is from the massive new games that've been in development since 2016. These games will push the boundaries for Bethesda's capabilities, especially when armed with Microsoft's technologies, tools, hardware, and billion-dollar assets.