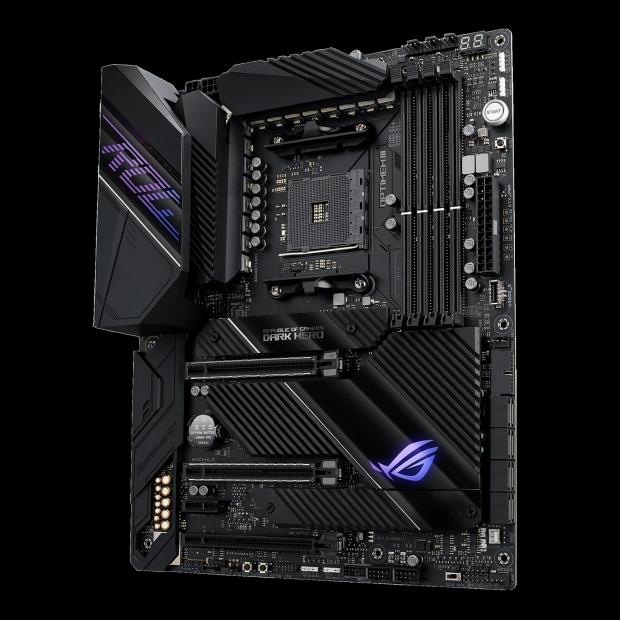 First up we have the ASUS ROG Crosshair VII DARK HERO was made specifically for AMD's new Ryzen 5000 series CPUs, packed with higher-end 14+2-phase design and titanium power stages that are good all the way through to a huge 90A. The board packs 8+4-pin power connectors, with two huge aluminum blocks that keep the VRMs cool with a huge heat pipe. 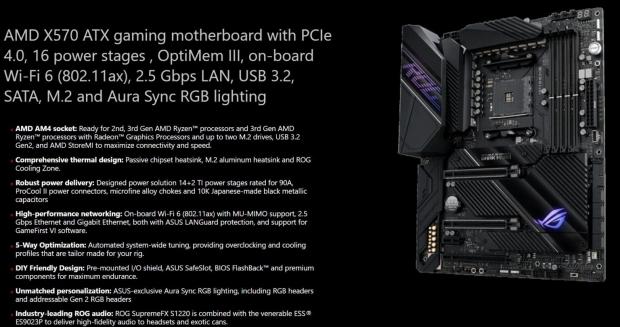 ASUS has a really slick matte and metallic black aesthetic, with RGB lighting through ASUS Aura Sync, with an RGB-lit ROG eye looking back at you, while keeping the PCH cool. There's no active cooler on this model, compared to its predecessor in the X570 boards.

Next up we have the new ASUS ROG STRIX B550-XE Gaming Wi-Fi motherboard, which was also designed to support AMD's new Zen 3-based CPUs. We also have a beefy 14+2-phase power design with 8+4-pin power connectors, while the power stages are down from 90A on the higher-end ROG Crosshair VII DARK HERO motherboard, down to 50-60A. 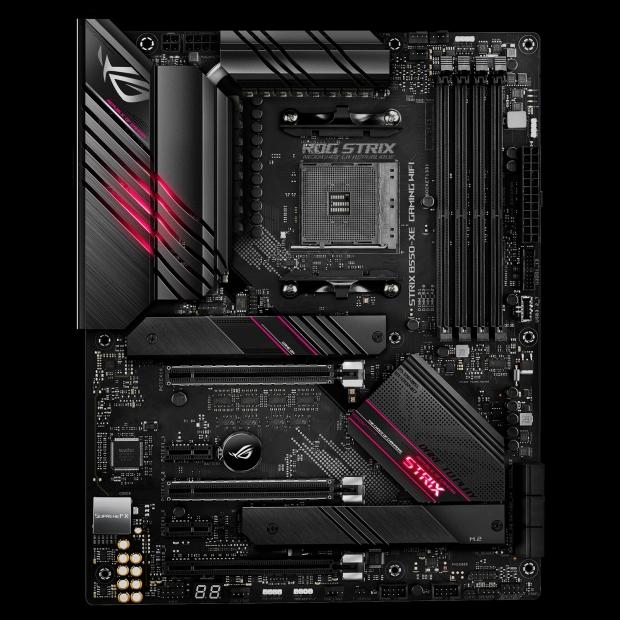 There is still some really slick design work going into the ROG STRIX B550-XE Gaming Wi-Fi motherboard, too. 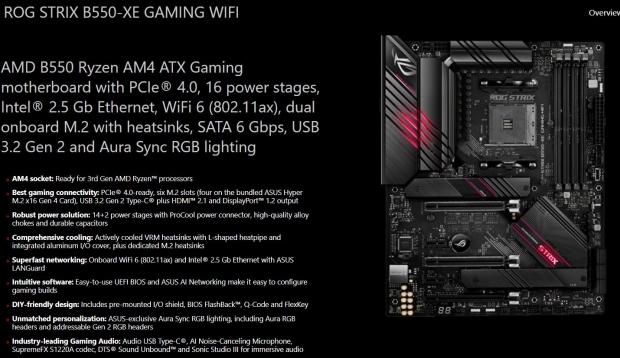 ASUS packs in plenty of I/O connectivity, as well as both boards packing the usual (for AMD, anyway) PCIe 4.0 ports, and ready for super-fast NVMe storage. There's also on-board Wi-Fi 6 and 2.5GbE connectivity for networking, whether you need wired, or wireless.