Last week President Trump confirmed that he and has wife, Melania Trump had contracted COVID-19.

On Friday, Trump was taken to the Walter Reed Military Hospital where he underwent monitoring by numerous top medical staff. As described by White House physician, Dr. Sean Conley, Trump experienced "mild symptoms" that included a cough, fever, and some fatigue. Luckily, Trump's condition improved everyday, and as of Monday he has been released from the medical center.

Trump took to his personal Twitter account to announce that he has been released from Walter Reed Hospital, and that he is in good health. The President stated that two days ago he could have left the hospital, and that he is feeling better than he did 20 years ago. Trump then went on to tell the American people to not let COVID-19 dominate their lives, and not not live in fear of the virus.

Here's what Trump said, "I just left Walter Reed Medical Center and it's really something very special-the doctors, the nurses, the first responders-and I learned so much about coronavirus" Trump said. "And one thing that's for certain, don't let it dominate you. Don't be afraid of it. You're going to beat it. We have the best medical equipment, we have the best medicines-all developed recently-and you're going to beat it."

"I went, I didn't feel so good and two days ago, I could have left two days, two days ago I felt great, like better than I have in a long time," Trump continued. "I said just recently, 'better than 20 years ago.' Don't let it dominate. Don't let it take over your lives. Don't let that happen."

"But don't let it dominate your lives," Trump concluded. "Get out there, be careful. We have the best medicines in the world and it all happened very shortly and they're all getting approved and the vaccines are coming momentarily. Thank you very much. And Walter Reed, what a group of people. Thank you very much."

For more information about this topic, check out this link here. 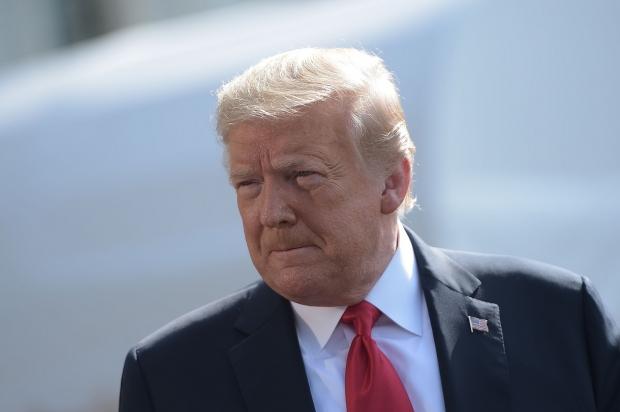