IDC, one of the worlds leading data analysis companies, released its latest forecast for the VR headset industry. The firm believes that the market will suffer a 6% depression on VR headset sales in 2020, but sales will rebound hard with an increase of over 45% next year. 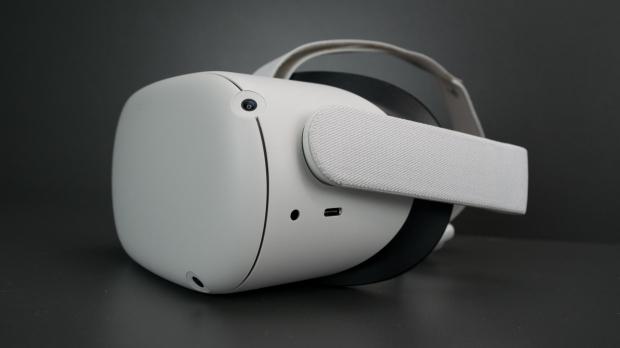 IDC's Quarterly Augmented and Virtual Reality Headset Tracker report highlights the AR and VR industries' state. According to IDC, sales of VR headsets are down this year compared to last. Mid-year sales were affected by supply issues brought on by the manufacturing shutdowns earlier this year. Now that we're approaching the tail end of the year, headset sales are likely to increase.

"We're seeing increased interest in VR from both consumer and commercial buyers," said Tom Mainelli, group vice president, Device & Consumer Research at IDC. "However, a confluence of events made for a tough first half of 2020 in terms of headset unit volumes, even as demand increased. We expect a sizeable increase in shipment volume during the second half of this year as production ramps up, and new products launch into the market, and VR should see a return to robust growth in 2021."

"While gaming remains at the forefront of consumer VR, other use cases such as virtual concerts and virtual workouts are also starting to resonate with buyers," said Jitesh Ubrani, research manager for IDC's Mobile Device Trackers. "Meanwhile, many enterprises continue to ramp up their use of VR with training, collaboration, design, and manufacturing use cases driving momentum. We expect the commercial segment to grow from 38% of the worldwide market in 2020 to 53% by 2024." 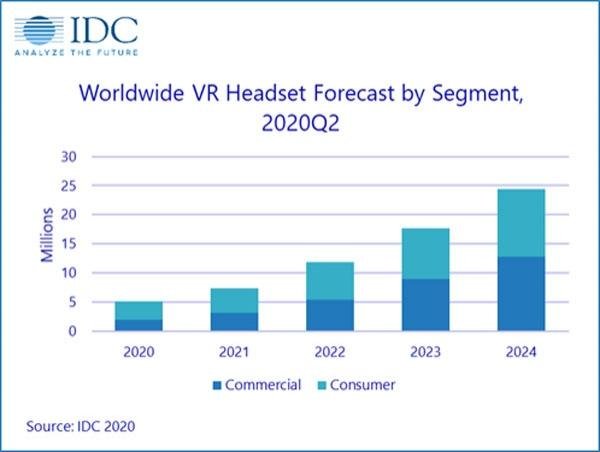 IDC released its most recent report on the same day that Oculus announced the release of Quest 2, so the new device likely isn't reflected in IDC's projections. The company noted that Facebook's "recent discontinuation of the Oculus Go" would lead to it "ceding some share at the entry-level of standalone VR." We're pretty confident that Facebook will do just fine with Quest 2 as the VR entry point.