If you happened to miss the news, it was only yesterday I reported about scientists finding traces in a planet's atmosphere that indicates life could be present. 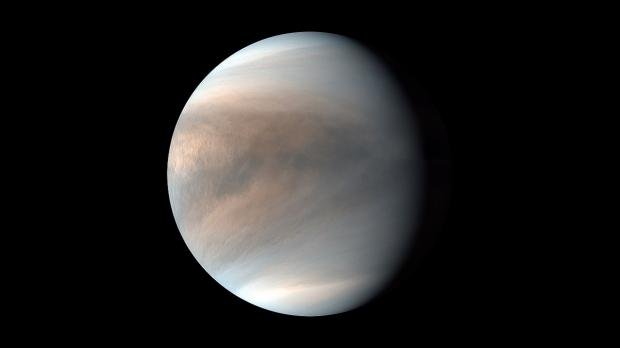 That planet is Venus, and according to a study recently published in the journal Nature Astronomy, scientists researching Venus have found traces of phosphine gas, which is a life signature sign. The researchers believe that phosphine gas is an indicator of life because microbes that live in animals have been found to produce the gas in the intestines. An author of the study said that the researchers couldn't find any other reason than possible life for the detection of phosphine gas.

Now, NASA is considering approving two planetary science missions to uncover the truth of the gas. At the moment, there are four possible missions under review by NASA, and one of those is called DAVINCI+, which would launch a probe into Venus' atmosphere to perform testing. David Grinspoon, an astrobiologist working on the DAVINCI+ proposal, told Reuters on Tuesday, "Davinci is the logical one to choose if you're motivated in part by wanting to follow this up - because the way to follow this up is to actually go there and see what's going on in the atmosphere".

NASA Administrator Jim Bridenstine commented on the recent findings, saying that it's "time to prioritize Venus."