The first digital developer conference dedicated to all things Oculus is set to kick off on September 16 at 10 am PT. Here is what to expect and which presentations you do not want to miss. 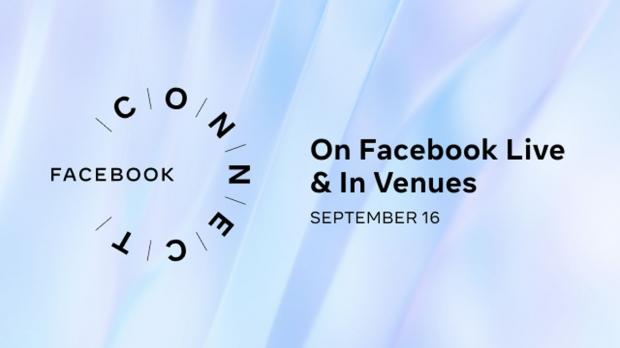 Every year, Facebook makes its most significant XR announcements at Connect, and this year should be no different. There have already been many leaks, including details about the next standalone VR headset, Quest 2, its performance specifications, and a possible price. Facebook's leaky faucet also spit out a few game titles ahead of time, but we are willing to bet Facebook Reality Labs has more to share.

What to watch for

Facebook Connect is largely a developer conference, so the big announcements will come from the few customer-centric presentations. The event starts with the opening keynote presentation. That is the one you do not want to miss.

Traditionally, Mark Zuckerberg opens the event with a brief update on the company's projections for the AR and VR markets. During this presentation, Zuckerberg famously announced that his goal was to get 1 billion people in VR. Perhaps we'll get a progress report about that goal. More likely, he'll talk about projections for the future.

Andrew Bosworth, the VP overseeing Facebook Reality Labs, will likely reveal Quest 2, the next Oculus standalone VR headset. The presentation should go into detail about the specifications of the hardware and what is sure to be a handful of exclusive titles.

Quest 2 has been on everyone's radar for months now, but what about PC VR? Where's the next Rift? And what happened to the varifocal lenses that Oculus revealed at last year's Connect event? Undoubtedly Facebook has an update for us. For this information, we would tune in for Michael Abrash's keynote. Facebook Reality Labs' chief scientist always has brilliant insights to share, and past predictions to reminisce.

Facebook Reality Labs is also working on augmented reality technology. Will we get a glimpse of an Oculus AR headset? That is hard to say, and an update on that subject could come from Zuckerberg, Boz or Abrash.

Finally, John Carmack, Facebook Reality Lab's consulting CTO, confirmed that he would be hosting his annual keynote. Carmack's presentation is dry compared to the opening keynote, but he is often very candid about the company's movements. For example, two years ago, he casually confirmed that Samsung would no longer make Gear VR headsets.

How to watch it

You can catch the show on Facebook Reality Lab's event page, or you can host your own private watch party on Facebook for you and your friends. And if you're part of the select few with beta access to Facebook Venues, you can catch the after-party in Venues on your Oculus Quest. 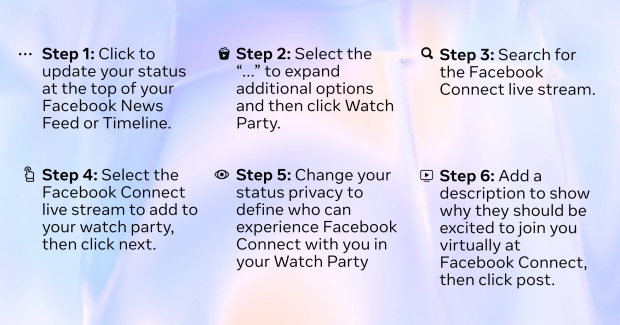 If you're looking for a primer ahead of the event, check out last year's Oculus Connect 5 keynote.