NVIDIA and SoftBank Group Corp (SBG) have announced a definitive agreement where NVIDIA will acquire Arm Limited for $40 billion. 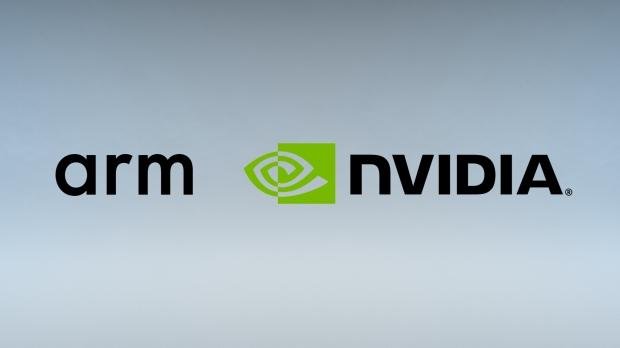 The deal will see NVIDIA grow into an even bigger beast, days before the GeForce RTX 3080 launches, where the company explains on its own website that the deal will combine NVIDIA's industry-leading work in AI with Arm's huge ecosystem to create the "premier computing company for the age of artificial intelligence, accelerating innovation while expanding into large, high-growth markets".

Jensen Huang, founder and CEO of NVIDIA explained: "AI is the most powerful technology force of our time and has launched a new wave of computing. In the years ahead, trillions of computers running AI will create a new internet-of-things that is thousands of times larger than today's internet-of-people. Our combination will create a company fabulously positioned for the age of AI".

It's funny, if you go back to Intel's first news about joining the graphics market back in 2008 -- Jensen said back then that NVIDIA was ready to "open a can of whoop ass" on them. Fast forward 12 years and that can of whoop ass has well and truly been ripped open.

This is akin to kicking Intel while it's down... Team Green going for the throat.

Patrick Moorhead, Founder, President and Principal Analyst at Moor Insights & Strategy had some comments on the tech industries biggest deal. Moorhead said: "The NVIDIA-Arm deal is not only the largest semiconductor deal by dollar volume at $40B, but I believe the one with the most significant impact. I think the deal fits like a glove in that Arm plays in areas that NVIDIA does not or isn't that successful, while NVIDIA plays in many places Arm doesn't or isn't that successful".

He added: "NVIDIA brings incredible capitalization to Arm which, as we have seen since its Softbank acquisition, Arm has increased its market presence and competitiveness. Softbank investment has enabled Arm's thrusts in the datacenter, automotive, IoT and NPU markets. I believe the NVIDIA adder can only make it stronger as long as it sticks with its commitment to let Arm do what they do best, which is creating and licensing IP in a globally-neutral way which it is committing".