Have you ever wanted to build your own VR headset? Well, you can now with Relativty's open-source plans. And it will only cost you $200 and a bit of your time. 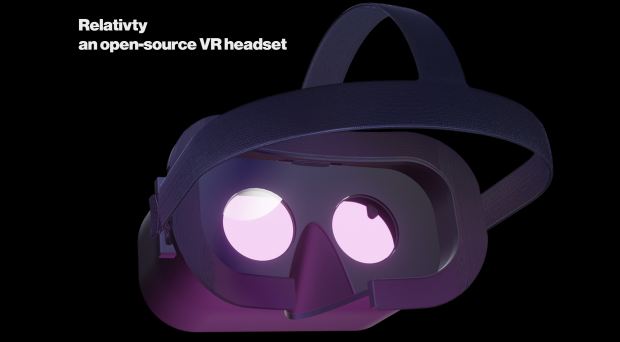 The Relativty open-source VR headset is the brainchild of Max Coutte and Gabriel Combe; two friends who wanted to develop VR games but didn't have the money a VR headset. Coutte and Combe said they started development on the headset when a few years ago when they were 15. Now the pair are releasing their plans for anyone interested in building one for themselves.

"It still feels a little surreal for us that we did exactly what we wanted since middle school: to build our own VR headset, play with it, experiment with it, and surround ourselves with other VR enthusiasts," wrote Coutte in his announcement post on Producthunt.com.

To build the Relativty VR headset, you will need a soldering iron and a 3D printer and some affordable electronic components that Relativty designed. The headset runs on an Atmel SAM3X8E ARM Cortex-M3 processor, and it features an MPU-6050, which acts as an IMU. The Relativty firmware is also open-source, so you can run it on any processor that supports ArduinoCore.

The reference design for the Relativty headset features a 2K@120Hz display. You can still drop in any screen that you wish, including displays that run at different refresh rates and lower or higher resolutions.

For $200, you might have guessed that this isn't a standalone device. You will need a PC to drive the display. You will also need a Steam account as the headset runs on Valve's OpenVR platform. The headset doesn't have any dedicated tracking sensors, so it's technically a 3-degrees of freedom device. However, Relativty is working on an experimental position tracking AI system that could use any camera to track your movement.

If you want to try to build a Relativty headset, you can find the plans at Relativty.com.