Rockstar Energy is giving away a real-life recreation of Jackie's epic Quadra supercar featured in Cyberpunk 2077. 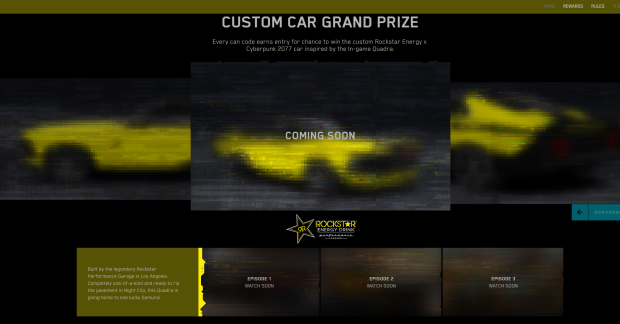 A new Rockstar Energy x Cyberpunk 2077 promotion has an epic grand prize: a customized 1970s muscle car built to look just like the in-game Quadra futurecar that tears up Night City's streets. To enter you just have to buy specially-marked Rockstar Energy cans and enter codes online (or enter with no purchase necessary via mail).

The car's final design hasn't been revealed (it looks like an old-school Mustang), but the sweepstakes confirms it's based on a vehicle from the 70s and is worth $40,000:

Built by the legendary Rockstar Performance Garage in Los Angeles. Completely one-of-a-kind and ready to rip the pavement in Night City, this Quadra is going home to one lucky Samurai.

CD Projekt and Rockstar Energy are also giving out $15,000 to cover any income taxes incurred from the prize which is a nice touch. 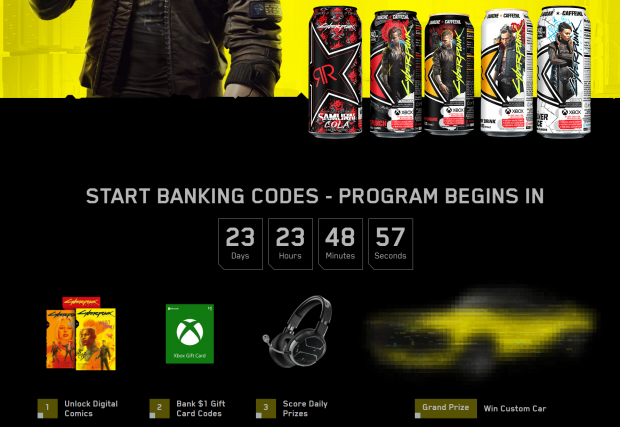 The other more accessible prizes include a digital comic series that fleshes out the Cyberpunk 2077 backstory, $1 Xbox codes that're included with every can, Samurai-themed hoodies and hats, and an Arctis 1 gaming headset from SteelSeries.

Every specially-marked Rockstar Energy can comes with a guaranteed $1 Xbox code but you have a max $60 threshold for any Xbox account.

The sweepstakes is being held from October 1 through December 30, 2020, and 15 daily prizes will be drawn every day.