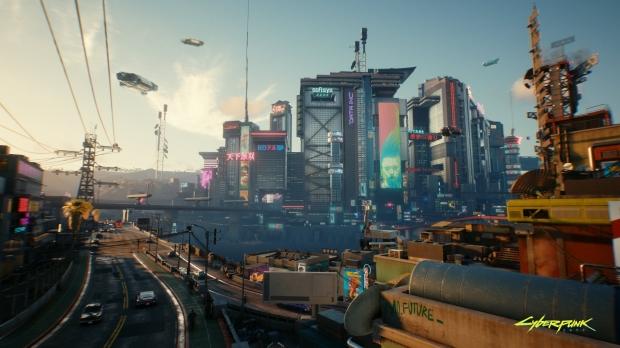 Cyberpunk 2077 will only be playable on PS5 and Xbox Series X in backwards compatible format, which will allow native boosts like faster load times and tightened frame rates, but the next-gen exclusive SKU won't launch until 2021. Alongside the re-release, CDPR will roll out a free next-gen enhancement upgrade for existing PS4 and Xbox One owners that boosts the game on PS5 and Xbox Series X, offering ray tracing, ultra-fast load times, 4K 60FPS perf, and more.

Q12: Can we expect that the price of CP2077 for next-gen consoles, developed in-house, which should be released next year, will be 70 USD/EUR ?

Nowakowski: In terms of EUR, 69.99 has actually been the full SRP (Suggested Retail Price) for the current generation already, for Xbox One, so yes, you should expect that the price is going to be priced around that marker in the Eurozone.

When it comes to USD, we launched our preorders at 60 USD and of course we're going to keep that price for the consumers. We're not going to change it at the last minute to 70 USD. So just to confirm - these prices are out in the market anyway; you can check them on various sites: 59.99 USD and 69.99 EUR is what we're going for.

Here's another question that basically asks the same thing, and gets a similar answer:

Q14: Do you plan to price games on next-gen consoles at a premium, like it was recently announced by EA?

Nowakowski: I'm assuming you're referring to the increased SRP in the US. As I mentioned when answering the previous question, we already announced--a while ago--preorders for our game in the US going at 59.99 and we're not planning to change that price at the last minute.

It's been out in the market and known to consumers for some time. In Europe, the game has been marketed by quite a few retailers for quite a while as well, so, in other words, we're not planning to change where we are at the last minute for the consumers.

One important thing to note is CD Projekt RED doesn't exactly confirm Cyberpunk 2077 won't raise in price, just that pre-orders won't raise. I don't see them jumping the price, though, considering you'd be able to buy the last-gen version for cheaper and get the free upgrade anyway.

The current-gen version of Cyberpunk 2077 should remain on the market for multiple years even after next-gen consoles ship.