The Witcher 3 is coming to next-gen consoles in 2021, complete with high-end optimizations like boosted resolution, ray tracing, tighter frame rates, and ultra-fast loading via PCIe 4.0 SSD storage--all of which is a free upgrade on PC. 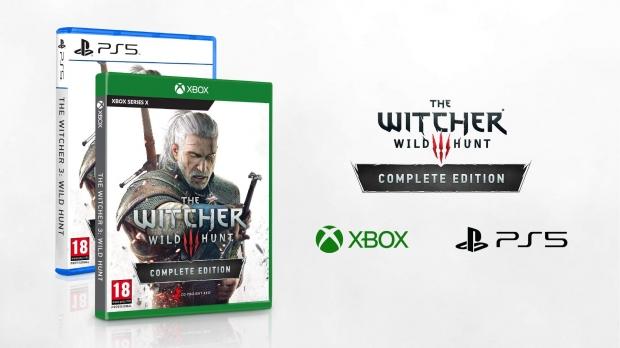 The Witcher 3 and all of its DLC and expansions are getting re-released on PS5 and Xbox Series X as a next-gen version that will "take advantage of the most powerful gaming hardware,"CD Projekt RED announces. The optimizations are coming to all platforms--PC, Xbox Series X, and PS5--as a free upgrade for existing owners. Both GOTY Complete Edition and base editions are getting the upgrades.

CDPR is enhancing Witcher 3 for both enthusiast PC and console hardware, complete with massive visual overhauls and upgrades not possible on today's consoles. Expect frame rate boosts from 30FPS to 60FPS minimum, incredible new lighting and global illumination effects including dynamic weather visuals, next-gen shadows, and of course ray traced visuals to make everything pop even more. The biggest development comes from the SSD tech, which will allow the game to load high-res textures faster than ever and basically eliminate loading times.

Of course, The Witcher 3's new next-gen version will shine brightest on PC.

The game should be a huge exemplar for NVIDIA's new RTX 3000 series, which includes the RTX 3080 that offers next-gen ray tracing, 4K 60FPS, and ultra-fast loading via RTX IO, which uses Microsoft's DirectStorage API to supercharge storage.

CDPR is also bringing HDR to PC versions of The Witcher 3.

Cyberpunk 2077 will likewise push PC tech to its limits when it releases this November.

No release date or pricing has been revealed for the Witcher 3 re-release, but expect it to be $59.99 when it drops. Of course it's free for anyone who buys now, so pick up a copy if you want to play it on your PS5, Xbox Series X, or your beefy new PC rig.

We're working on the next generation edition of The Witcher 3: Wild Hunt!

Developed to take advantage of the most powerful gaming hardware, the next-gen edition of the game will feature a range of visual and technical improvements - including ray tracing and faster loading times - across the base game, both expansions, and all extra content.

The next generation edition of The Witcher 3: Wild Hunt will release as a standalone purchase for PC, Xbox Series X and PlayStation 5, as well as a free update for everyone who already owns the game on PC, Xbox One and PlayStation 4.