Sabrent has done it again: the company has just unveiled the next generation in storage technology with its latest Rocket 4 Plus that has absolutely insane speeds. 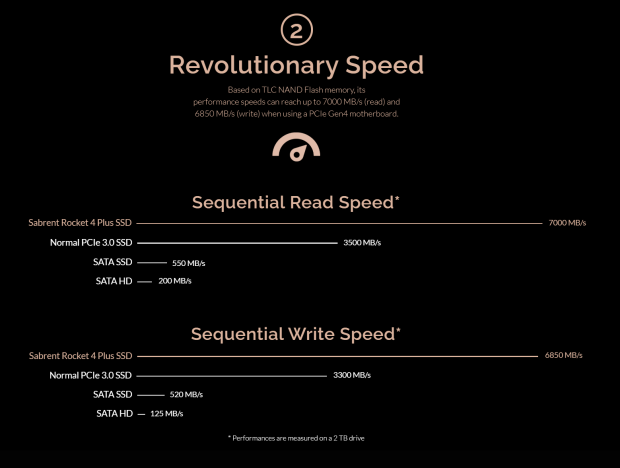 The new Sabrent Rocket 4 Plus NVMe SSD is powered by Phison's new E18 controller -- and comes in 500GB, 1TB, and 2TB capacities with read speeds that hit 7000MB/sec (7GB/sec) which is simply bonkers. Even the writes are equally insanely high, with Sabrent pushing a huge 6850MB/sec (6.85GB/sec) in sequential writes on its new Rocket 4 Plus. 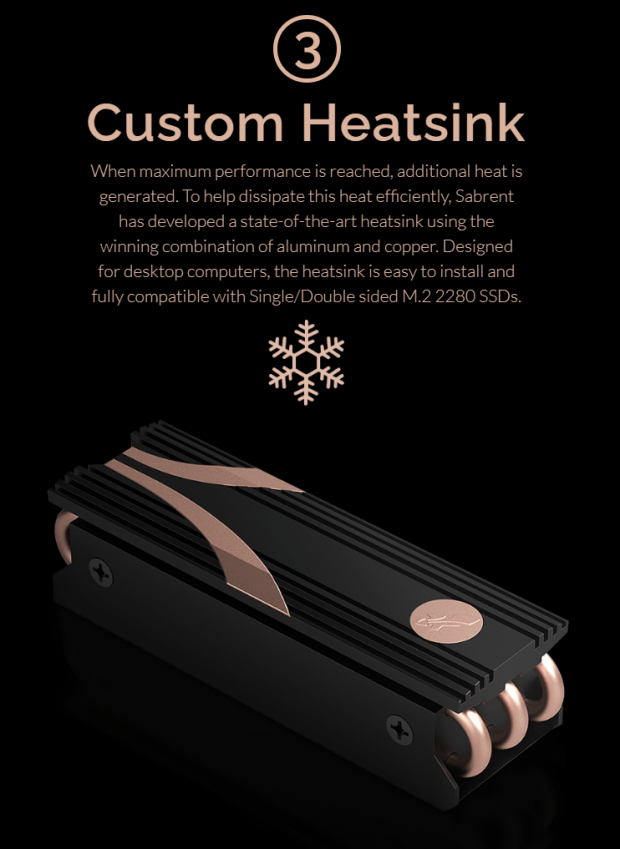 You can't get to 7GB/sec without creating some massive heat -- but Sabrent is ready for that with a new custom heat sink. Sabrent mixes its new Rocket 4 Plus SSD with a state-of-the-art heat sink that the company explains is using the "winning combination of aluminum and copper".

Sabrent has a lot going on under the hood of that custom heat sink, where you can see that Sabrent uses the copper to absorb the heat coming off of the drive when it's max revving at 7GB/sec. Sabrent explains that the heat is moved away from the drive, spreading it through the grooved aluminum surface on top of the heat sink.

The company adds that "this added level of cooling efficiency allows the drive to avoid all thermal throttling, which maximizes the performance of your drive". 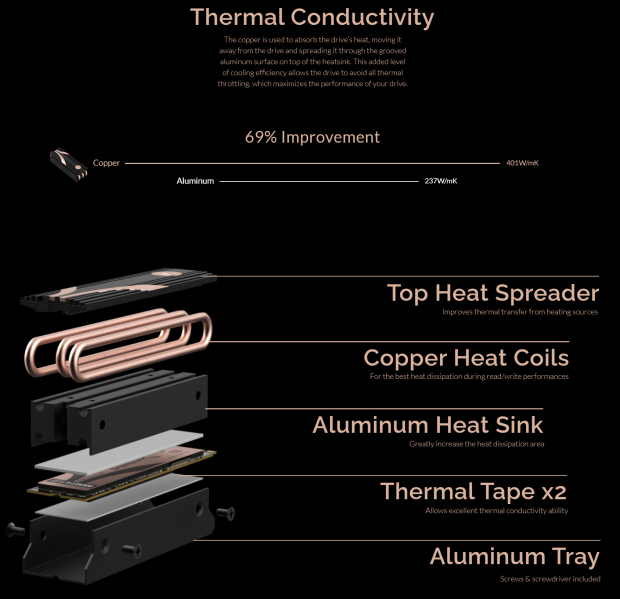 Now, this is a very big point -- you can have the fastest NVMe SSD plugged into your motherboard -- but if there's no heat sink then you will very rarely see those max speeds because the drive will thermal throttle just like a CPU or GPU would without a cooler.

You can't just pump an insane 7GB/sec for many minutes or hours at a time if the SSD isn't appropriately cooled, and Sabrent more than has your back in that department.