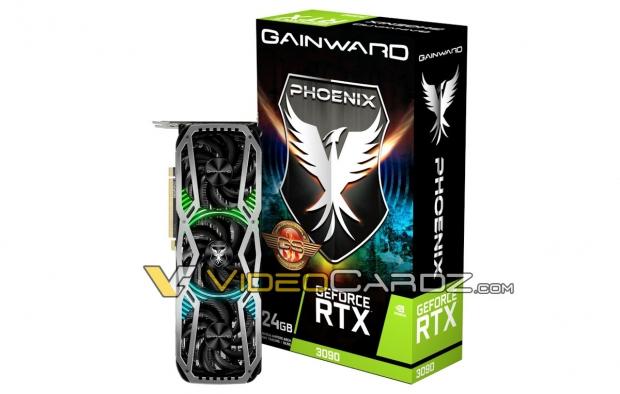 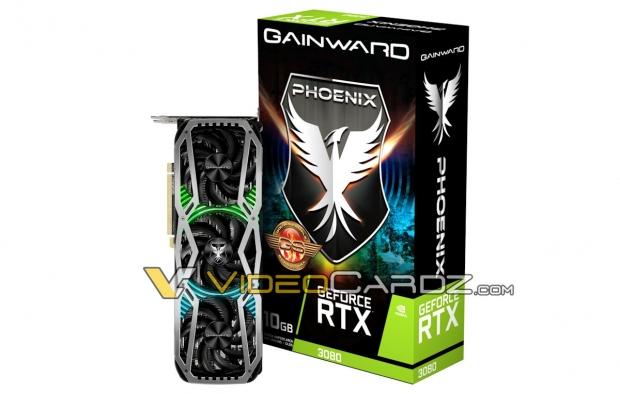 We now have some details specs and photos of GAINWARD's new Ampere-based GeForce RTX 3090 and GeForce RTX 3080 graphics cards thanks to VideoCardz -- with pictures of the cards, and some specs that confirm some of the missing things we need to know about NVIDIA's upcoming cards.

First off, GAINWARD's new GeForce RTX 3090 has a confirmed 5248 CUDA cores, and 24GB of ultra-fast GDDR6X at 19.5Gbps -- leading me to believe maybe NVIDIA's own GeForce RTX 3090 Founders Edition maybe has the 24GB of GDDR6X clocked at 21Gbps -- and maybe it will use much more power driving this (and possibly a higher-clocked GPU) with its new 12-pin PCIe power connector. 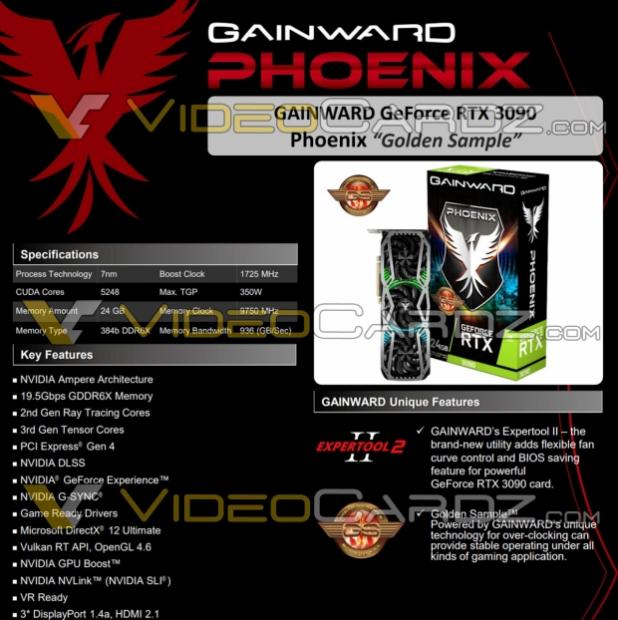 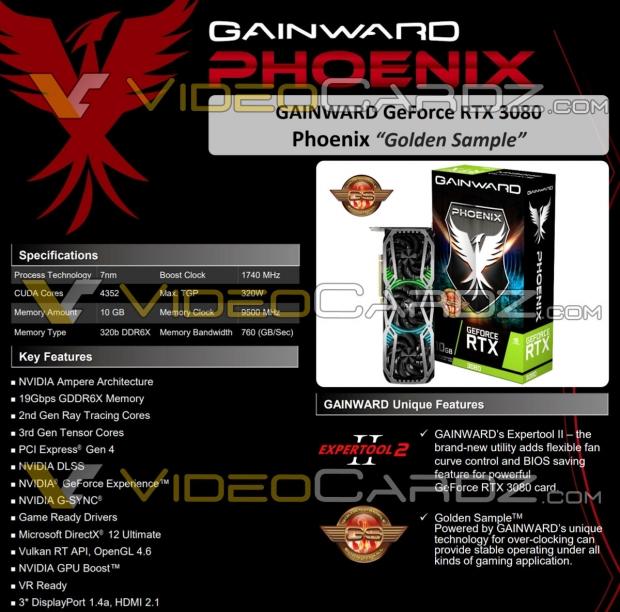 There's a new generation of NVLink SLI only for the GeForce RTX 3090 -- which has me excited beyond words. I'm going to write about that in the next day or two, as it is big news on its own. 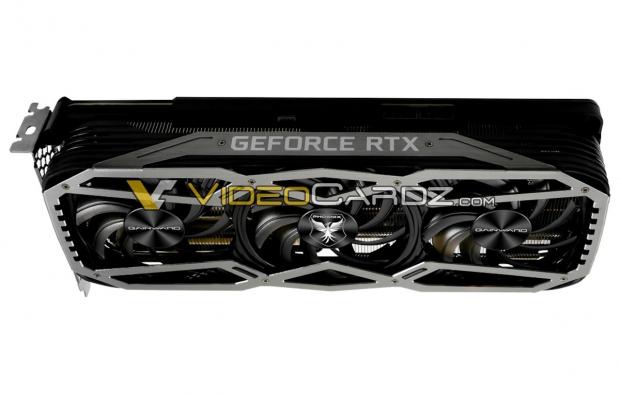 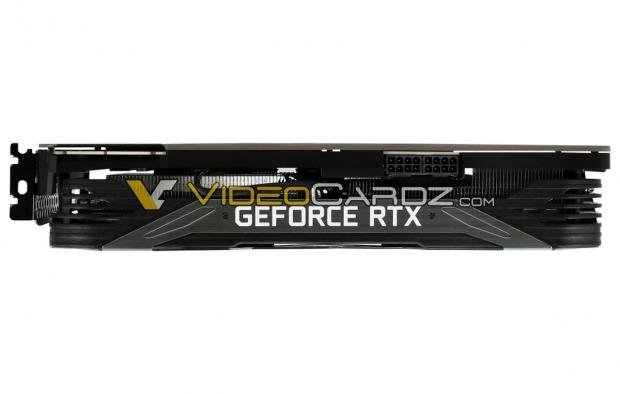 All will be revealed on September 1.