As we predicted long ago, Halo: Infinite should be monetized with optional cosmetics, including weapon skins and even Destiny-like ornaments. 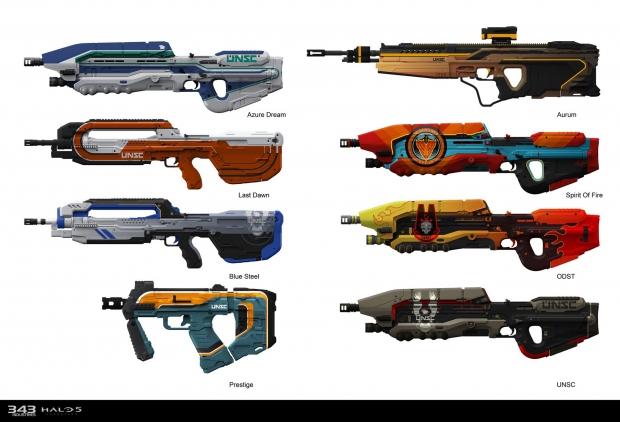 New Halo: Infinite merch unlockables confirm the biggest Halo game ever made will have weapon skins and special weapon "charms," which are likely similar to Destiny's ornaments. Certain Halo merchandise come with codes that can be entered online to redeem specific in-game skins for Halo: Infinite.

This pretty much outlines a straightforward cosmetic-driven monetization path for Halo: Infinite. Expect these weapon skins and ornaments to be sold piecemeal on an in-game store for premium currency. 343i already confirmed Halo: Infinite would have microtransactions, which is the entire basis for Microsoft's big live games, and also confirmed that REQ pack lootboxes won't be included.

The studio has yet to reveal official plans for Halo: Infinite's monetization. But we all knew it was happening. For the first time ever in Halo, Infinite has free-to-play multiplayer that can be accessed without buying the premium game. The trade off is monetization, of course. Microsoft was likely to include monetization in the game even if it were a full premium experience though. F2P just widens the access net and allows Microsoft to catch more fish--and more money.

Halo: Infinite is unique because it's not just a Halo game, but the quintessential Halo game. It's a platform, not a game, and will be the springboard for the next 10 years of Halo.

Infinite will release sometime in 2021 for Xbox One, Xbox Series X, and PC.